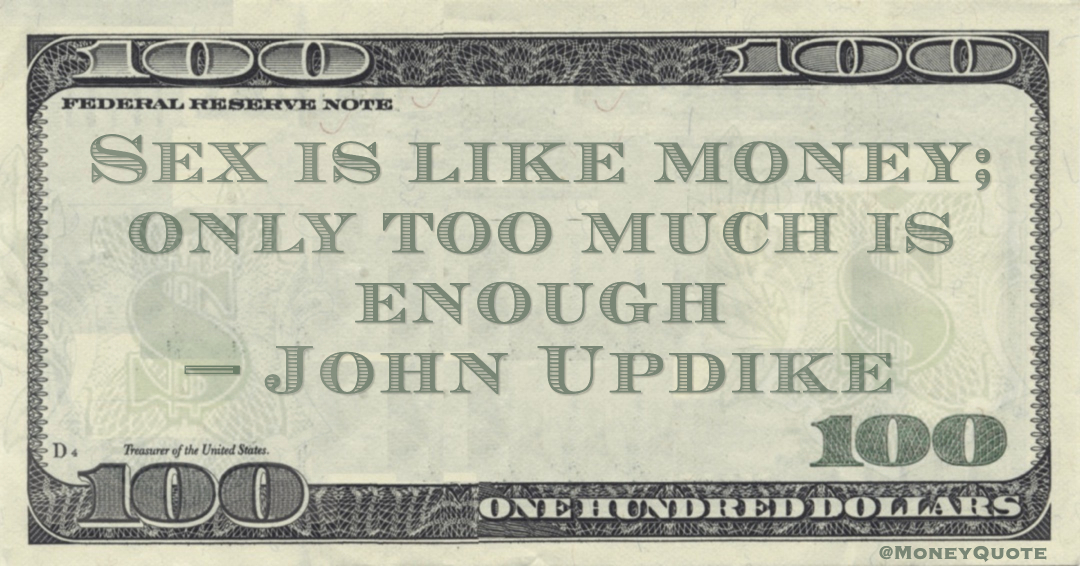 America does not know the difference between money and sex. It treats sex like money because it treats sex as a medium of exchange, and it treats money like sex because it expects its money to get pregnant and reproduce.”
― Peter Kreeft 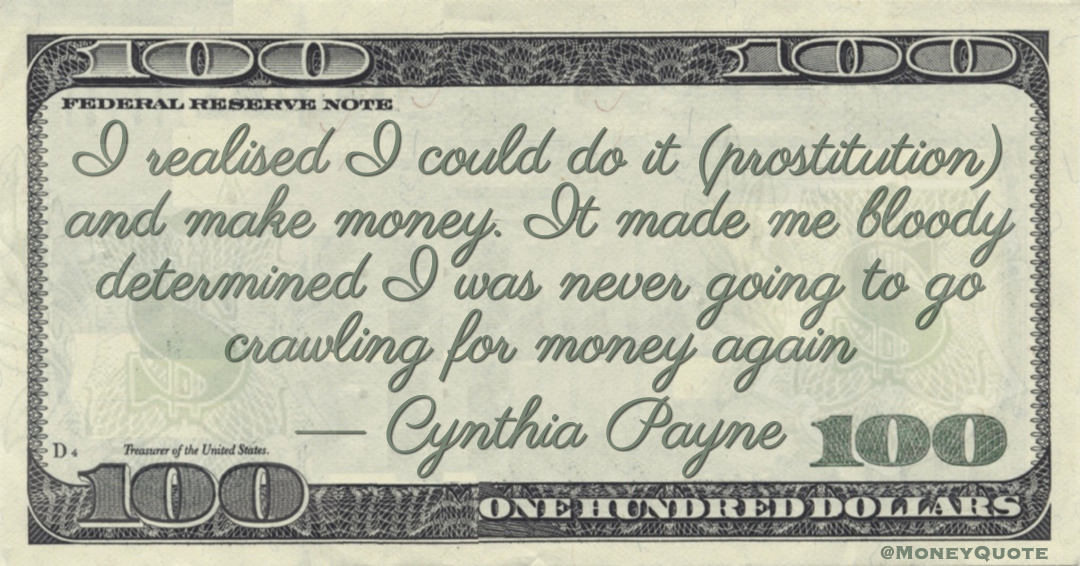 “I realised I could do it and make money. It made me bloody determined I was never going to go crawling for money again” — Cynthia Payne

Share the Cynthia Payne Money quote image above on your site: 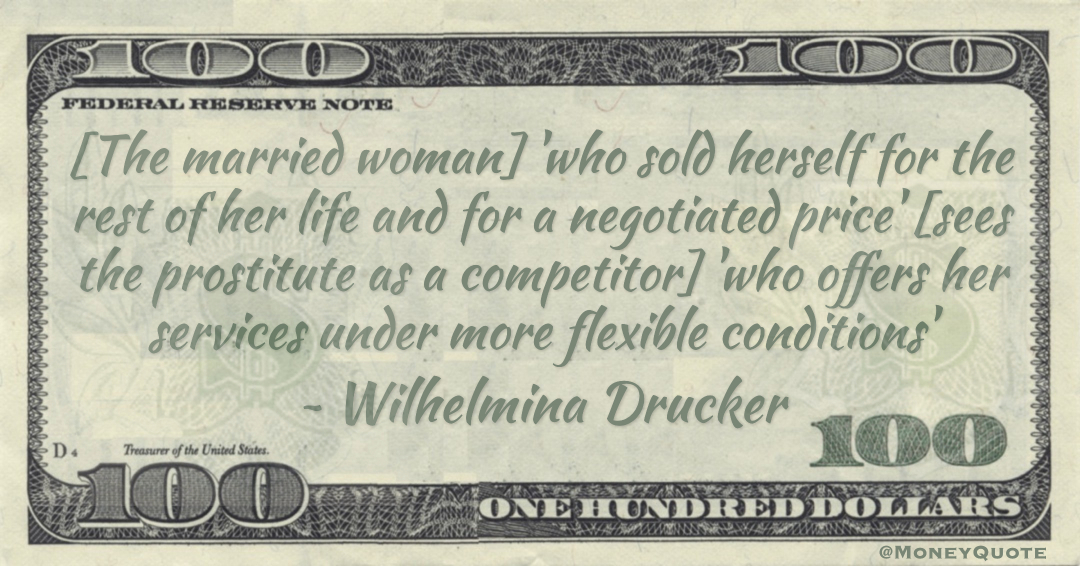 Share the Wilhelmina Elizabeth Drucker Money quote image above on your site: 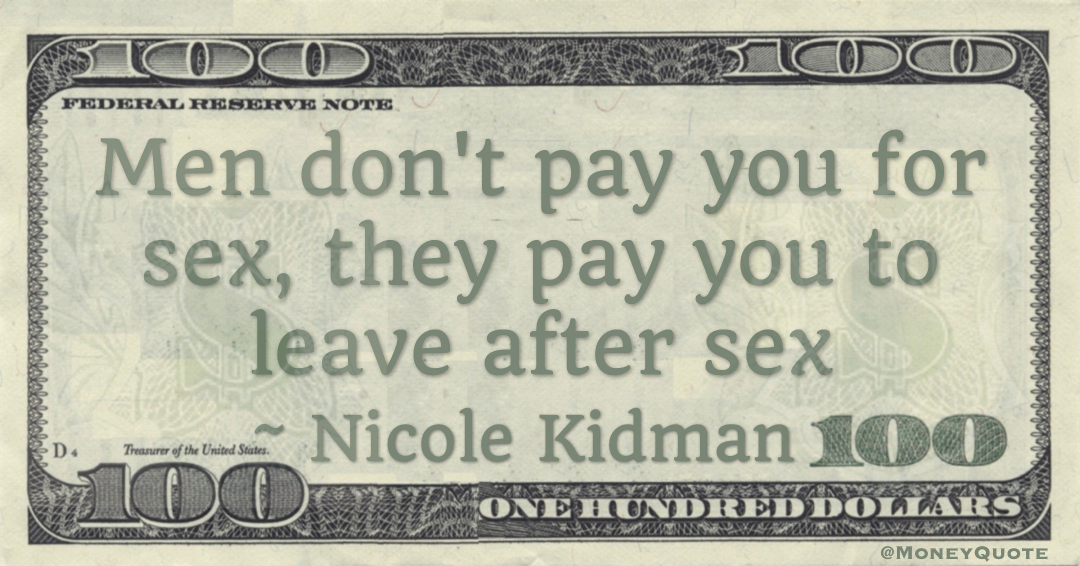 “Men don’t pay you for sex, they pay you to leave after sex” — Nicole Kidman

Share the Nicole Kidman Sex & Money quote image above on your site:

I’ll tell ya my wife and I, we don’t think alike She donates money to the homeless, and I donate money to the topless!
— Rodney Dangerfield

My currency is kindness, and while there are no ATMs that dispense it, it’s also not accepted or recognized at strip clubs
— Jarod Kintz 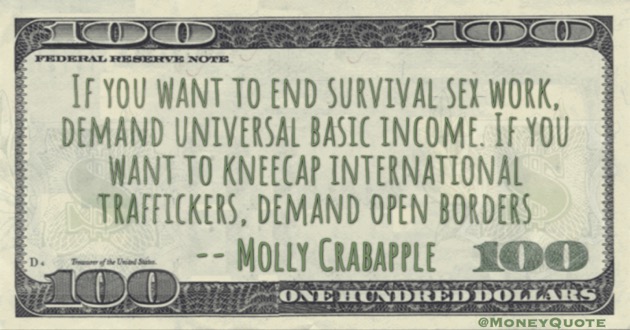 Share the Molly Crabapple Money & Sex quote image above on your site: 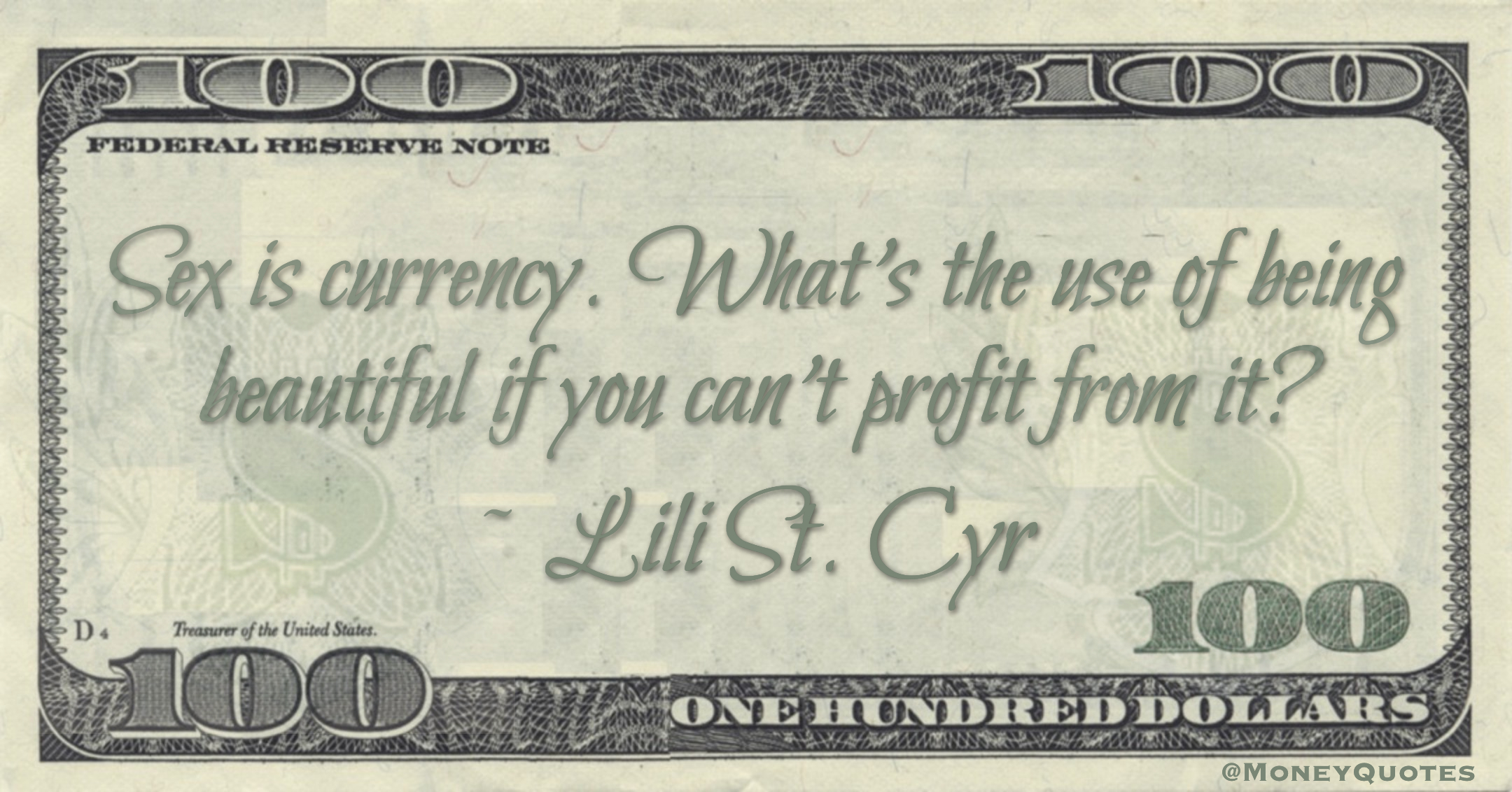 “Sex is currency. What’s the use of being beautiful if you can’t profit from it?” — Lili St. Cyr

Share the Lili St. Cyr Sex & Money quote image above on your site:

Sex is one of the most wholesome, beautiful and natural experiences that money can buy
– Steve Martin

Fifty percent of life in the N.B.A. is sex. The other fifty percent is money
– Dennis Rodman

Money, it turned out, was exactly like sex, you thought of nothing else if you didn’t have it
and thought of other things if you did — James Baldwin

If you’re given a choice between money and sex appeal, take the money. As you get older, the money will become your sex appeal – Katherine Hepburn

Nina Brewster: “Do you know what it is when you trade sex for money?”
Jackie Truman: “Advertising!”
Mad Money (2008)

When you don’t have any money, the problem is food. When you have money, it’s sex.
When you have both, it’s health. If everything is simply jake, then you’re frightened of death
– J. P. Donleavy

I like Paris. They don’t talk so much of money, but more of sex – Vera Stravinsky

Money and sex are forces too unruly for our reason; they can only be controlled by taboos which we tamper with at our peril
– Logan Pearsall Smith 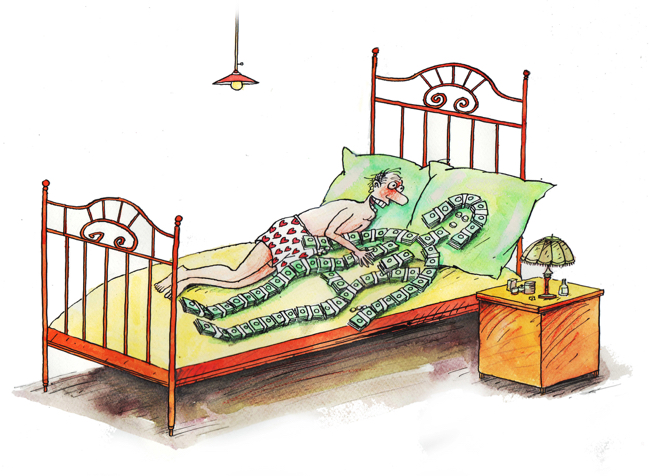