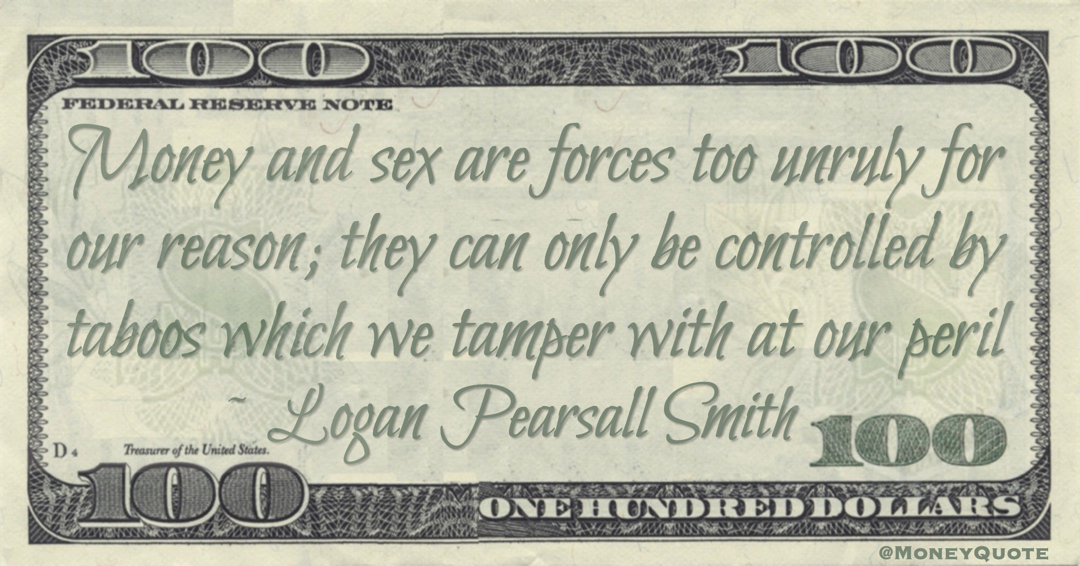 “Money and sex are forces too unruly for our reason; they can only be controlled by taboos which we tamper with at our peril” — Logan Pearsall Smith

Share the Logan Pearsall Smith Money quote image above on your site: