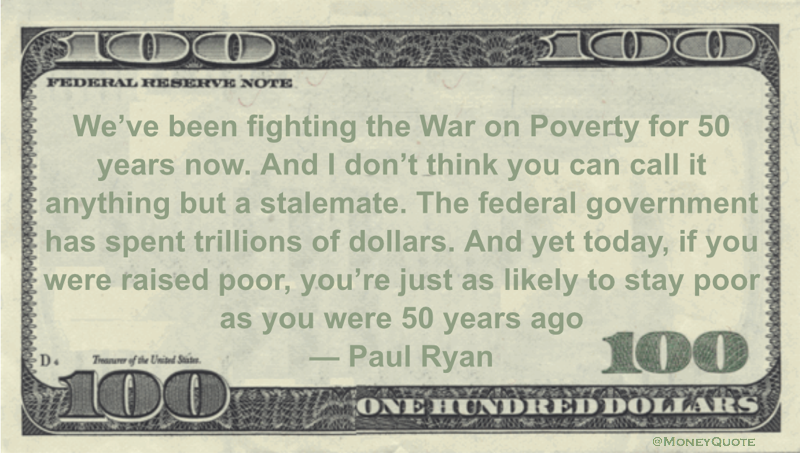 “We’ve been fighting the War on Poverty for 50 years now. And I don’t think you can call it anything but a stalemate. The federal government has spent trillions of dollars. And yet today, if you were raised poor, you’re just as likely to stay poor as you were 50 years ago” — Paul Ryan

Share the Paul Ryan Money quote image above on your site: