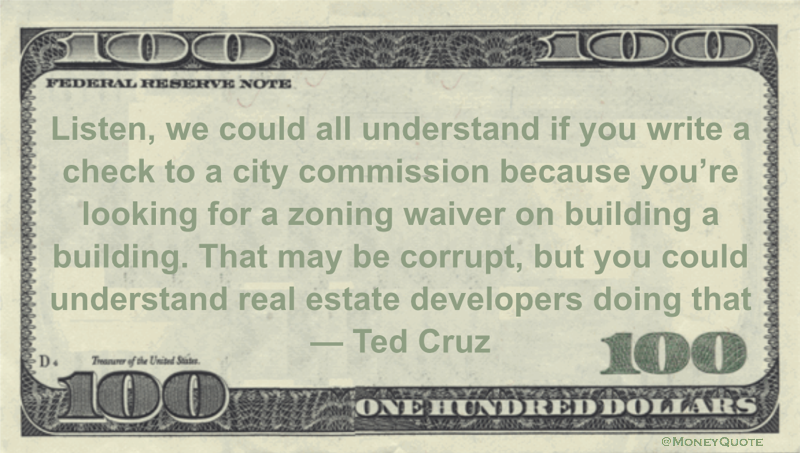 “Listen, we could all understand if you write a check to a city commission because you’re looking for a zoning waiver on building a building. That may be corrupt, but you could understand real estate developers doing that” — Ted Cruz

Share the Ted Cruz Money quote image above on your site: