Butch Cassidy (Robert LeRoy Parker) Funny Money Quote saying, he found it funny that Union Pacific Railroad executive E.H. Harriman paid his security team so much to prevent train robberies, he proposed to save the railroad money by accepting their pay instead of stealing the money. Butch Cassidy said: 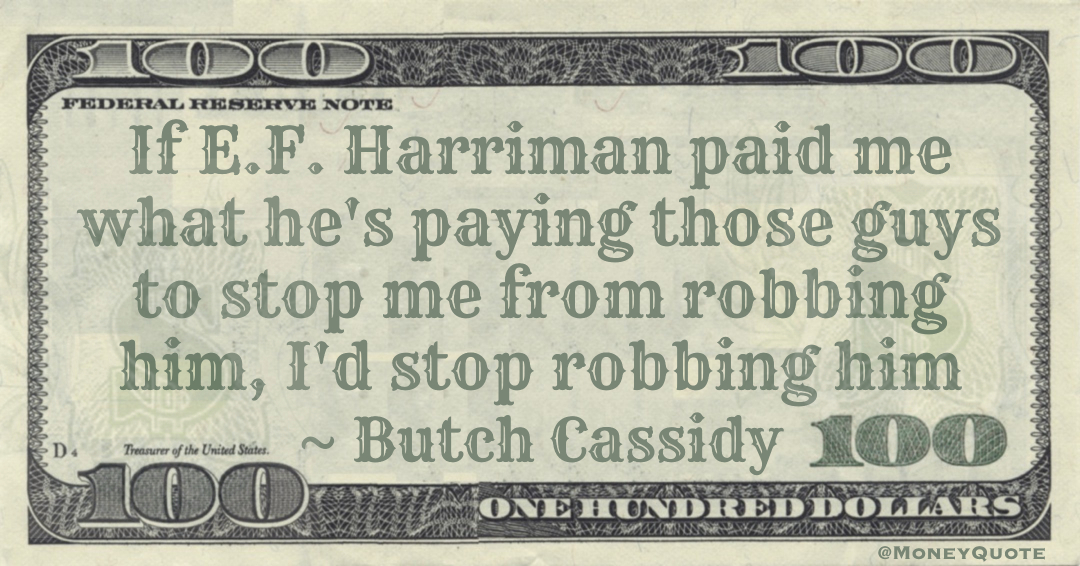 “If E.F. Harriman paid me what he’s paying those guys to stop me from robbing him, I’d stop robbing him” — Butch Cassidy

Share the Butch Cassidy Funny Money quote image above on your site: