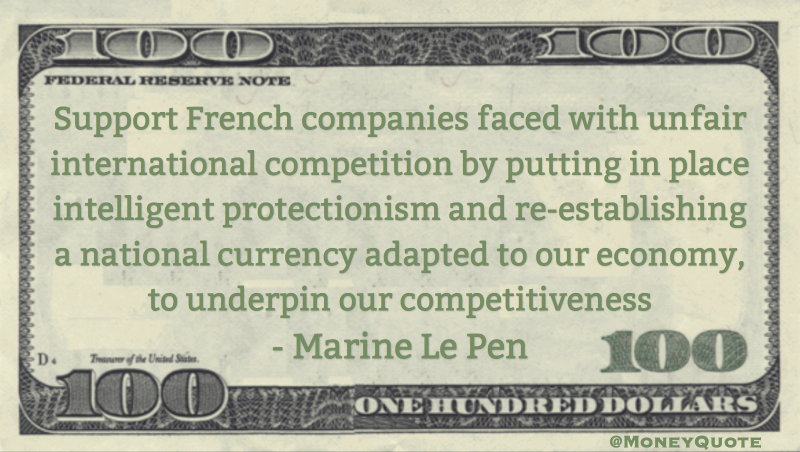 “Support French companies faced with unfair international competition by putting in place intelligent protectionism and re-establishing a national currency adapted to our economy, to underpin our competitiveness” — Marine Le Pen

Share the Marine Le Pen Money quote image above on your site: