Janet Yellen Money Quotation saying the past century has seen wealth move toward the top out of the hands of those in the middle. Janet Yellen said: 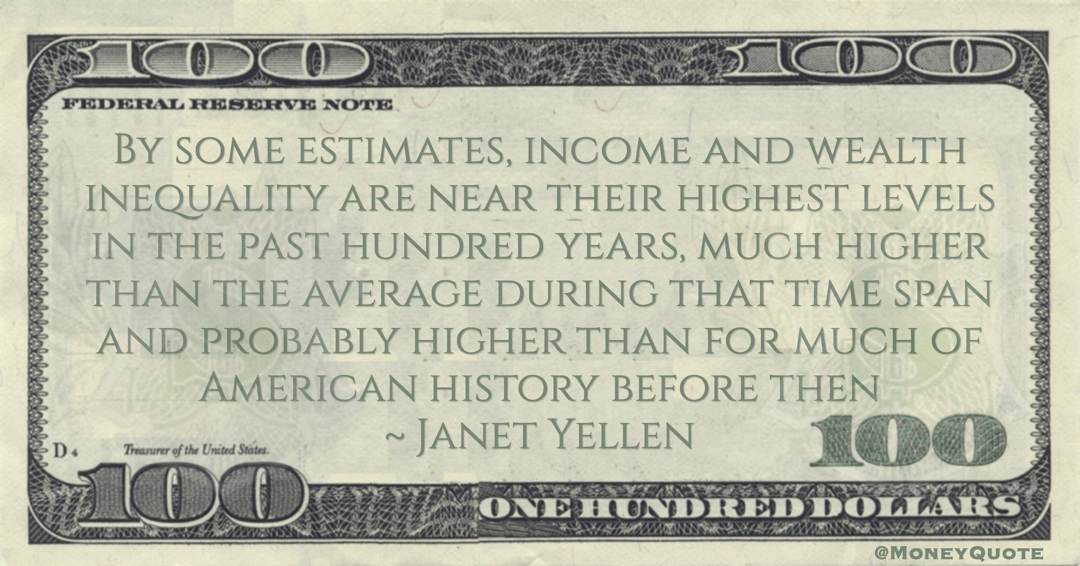 “By some estimates, income and wealth inequality are near their highest levels in the past hundred years, much higher than the average during that time span and probably higher than for much of American history before then” — Janet Yellen