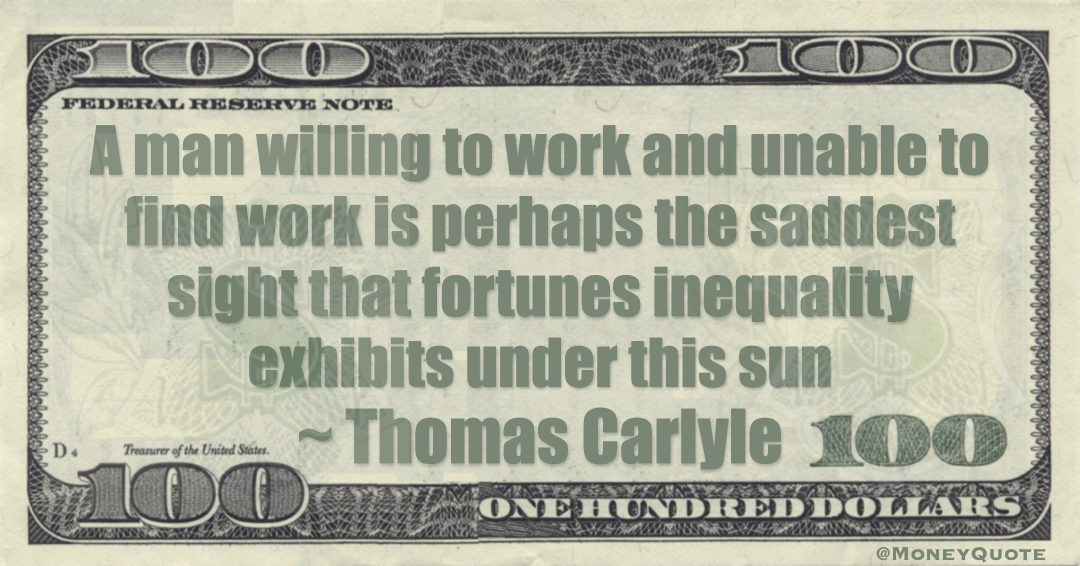 Share the Thomas Carlyle Money quote image above on your site:

Winnie Byanyima Money Quote saying in an Oxfam report that just eight men have more wealth than those in poverty representing half the worlds population. Winnie Byanyima said:

It is obscene for so much wealth to be in the hands of so few people when 1 in 10 people live on less than $2 a day, Inequality is trapping hundreds of millions in poverty; it is fracturing our societies and undermining democracy
— Winnie Byanyima

Inequality between working Americans and those at the top is starker than ever, the Supreme Court has given the wealthiest Americans even greater power to affect what happens in our democracy
— Hillary Clinton

Our current economic model is inequality by design
— Sharan Burrow

The message is that rising inequality is dangerous. It’s bad for growth and it’s bad for governance. We see a concentration of wealth capturing power and leaving ordinary people voiceless and their interests uncared for
— Winnie Byanyima

The scale of global inequality is quite simply staggering and despite the issues shooting up the global agenda, the gap between the richest and the rest is widening fast
— Winnie Byanyima

Angus Deaton Money Quotation saying wealth inequality has a serious downside of threatening the well-being of everyone. Angus Deaton said: 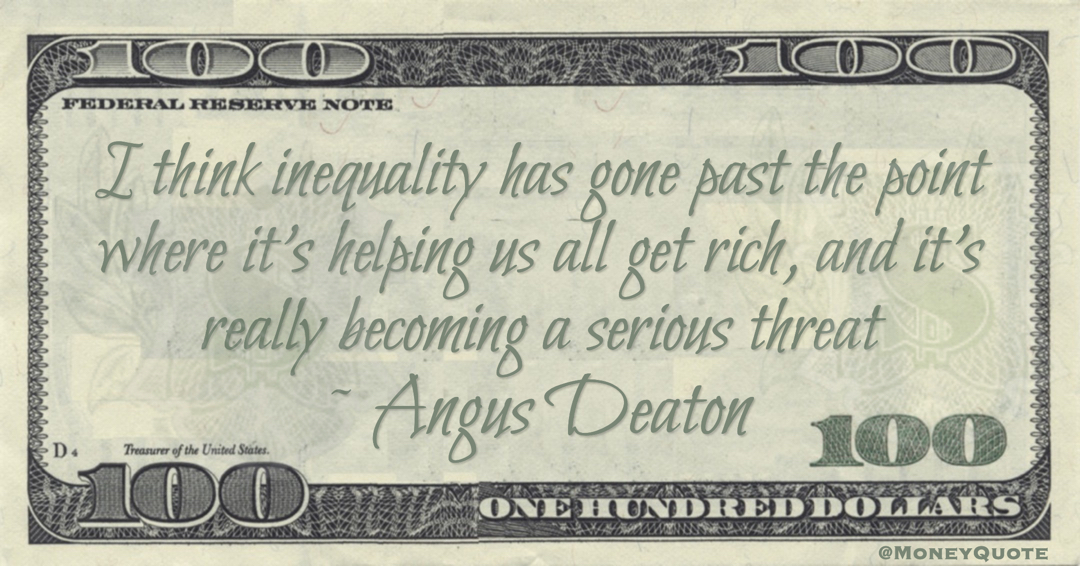 “I think inequality has gone past the point where it’s helping us all get rich, and it’s really becoming a serious threat” — Angus Deaton 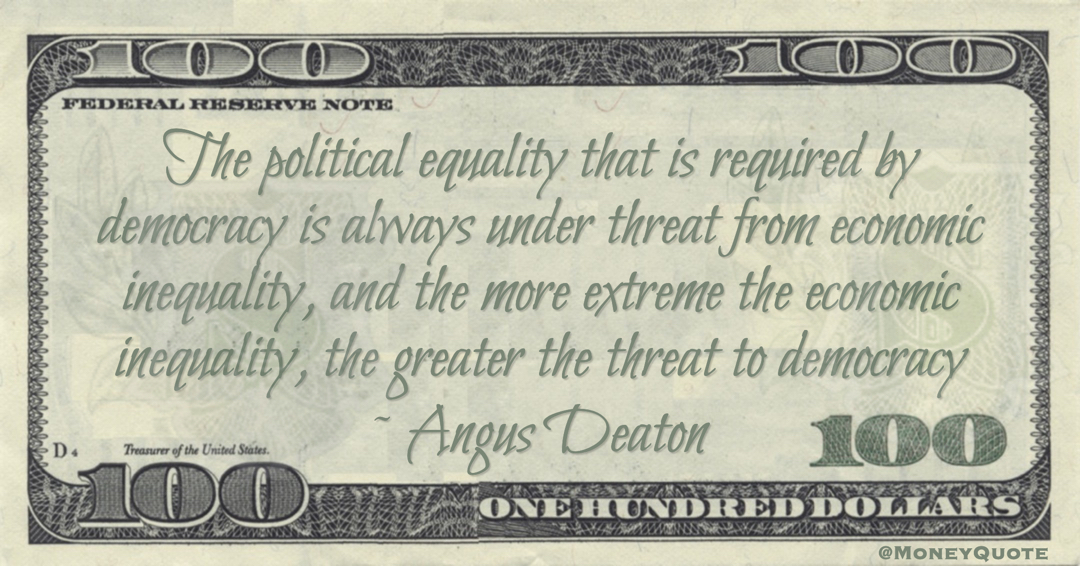