Walter Cronkite Money Quote saying with a journalist’s perspective that cutting taxes seems as though it would have the opposite effect of the stated goal. Walter Cronkite said: “It seems to me that instead of cutting taxes, we ought to be increasing the taxes to pay off the deficit, rather than let that thing build up to the point where our grandchildren’s grandchildren are going to be paying for our period of time and our years at the helm” — Walter Cronkite

Share the Walter Cronkite Money quote image above on your site:

Arthur Miller: Work a Lifetime To Pay Off

Arthur Miller Money Quote saying we struggle throughout our lives to attain that which has value to no one in the end. Arthur Miller said: “Work a lifetime to pay off a house. you finally own it, and there’s nobody to live in it” — Arthur Miller

Ari Melber Money Quote saying payments from a Russian Oligarch to Michael Cohen prior to election seems so unlikely as to be bad tv movie material. Ari Melber said: 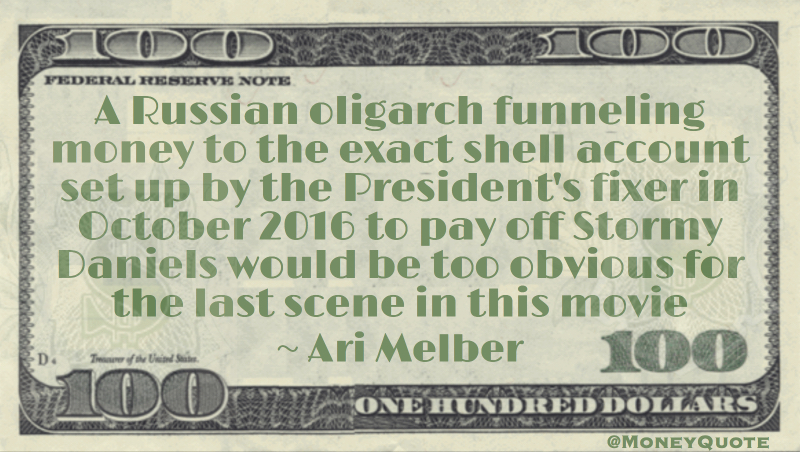 Share the Ari Melber Money quote image above on your site: