Mick Jagger: The Kind of Bread I Wanted 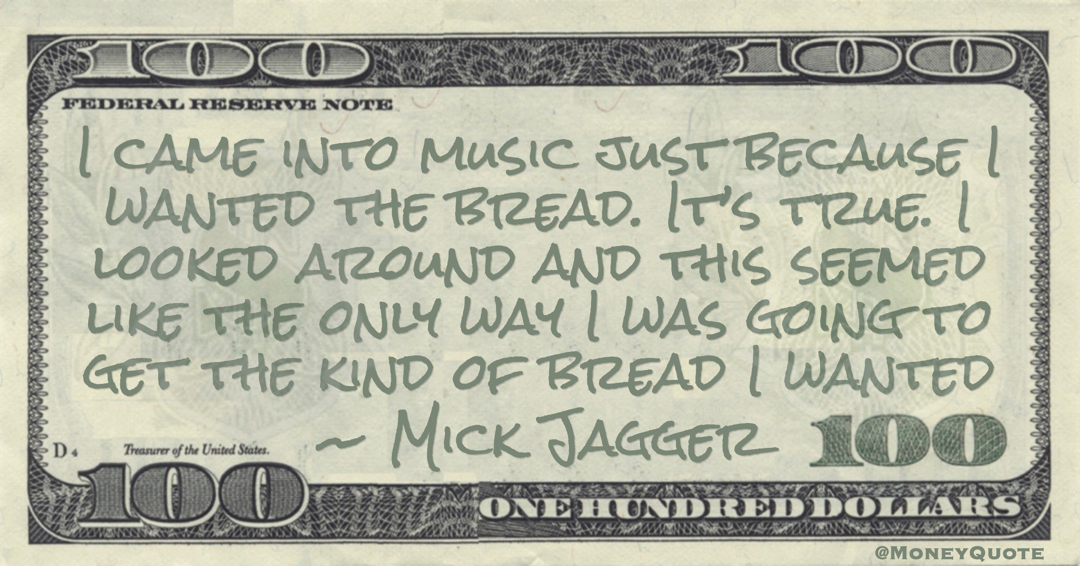 “I came into music just because I wanted the bread. It’s true. I looked around and this seemed like the only way I was going to get the kind of bread I wanted” — Mick Jagger

Share the Mick Jagger Money quote image above on your site: