Proverbs Money Quote saying all that is required is daily needs – not wealth or poverty, but necessities. Proverbs said: 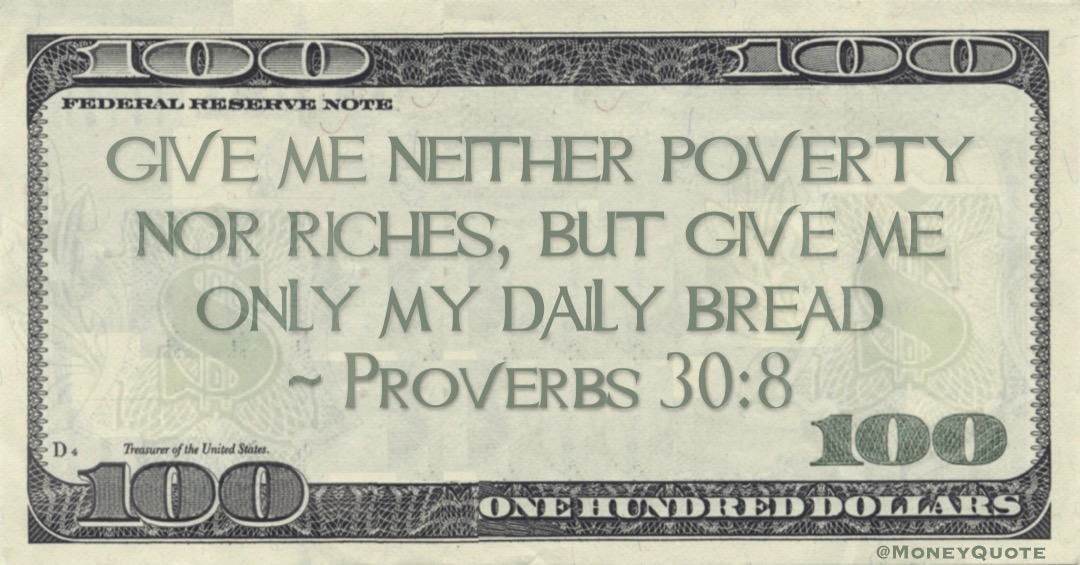 “Give me neither poverty nor riches, but give me only my daily bread” — Proverbs 30:8

Share the Proverbs 30:8 Money quote image above on your site:

Mahatma Gandhi Money Quote saying poverty makes one see everything in terms of survival and if hunger threatens life then god will appear to be bread to feed them. Mahatma Gandhi said: 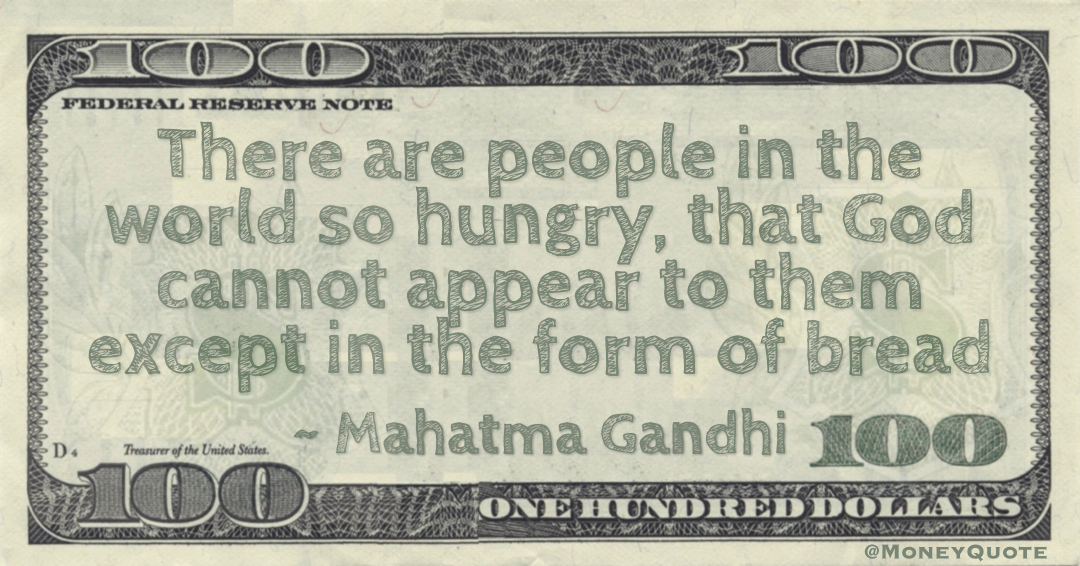 “There are people in the world so hungry, that God cannot appear to them except in the form of bread” — Mahatma Gandhi

Share the Mahatma Gandhi Money quote image above on your site:

Al Capone Money Quote saying he is indirectly employing the police who work to catch his organization committing crimes via taxes it pays. Al Capone said: 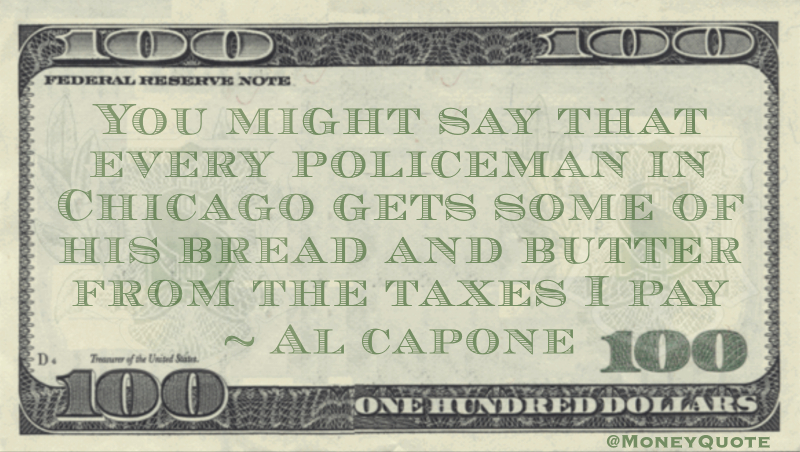 Share the Al Capone Money quote image above on your site:

Studs Terkel Money Quote saying working has far more significance to everyone than we realize and can be seen through a different lens. Studs Terkel said:

Work is about a search for daily meaning as well as daily bread, for recognition as well as cash, for astonishment rather than torpor; in short, for a sort of life rather than a Monday through Friday sort of dying
— Studs Terkel

Basil the Great Money Quote saying the obvious about distribution of wealth – that is, no one who is poor should go without needs being met. Basil Caeserea said:

Isaiah: Why Spend on What Doesn’t Satisfy?

Isaiah bible quote asking why are we spending money for what is not satisfying to our needs? Isaiah 55:2 says:

Why spend money on what is not bread, and your labor on what does not satisfy? Listen, listen to me, and eat what is good, and your soul will delight in the richest of fare
— Isaiah 55:2

Mick Jagger: The Kind of Bread I Wanted

I came into music just because I wanted the bread. It’s true. I looked around and this seemed like the only way I was going to get the kind of bread I wanted
— Mick Jagger

Don King on Casting for Cash

Don King Money Quotation saying belief in your actions leads to results and doubt leads to being worse off than you started. Don King said: 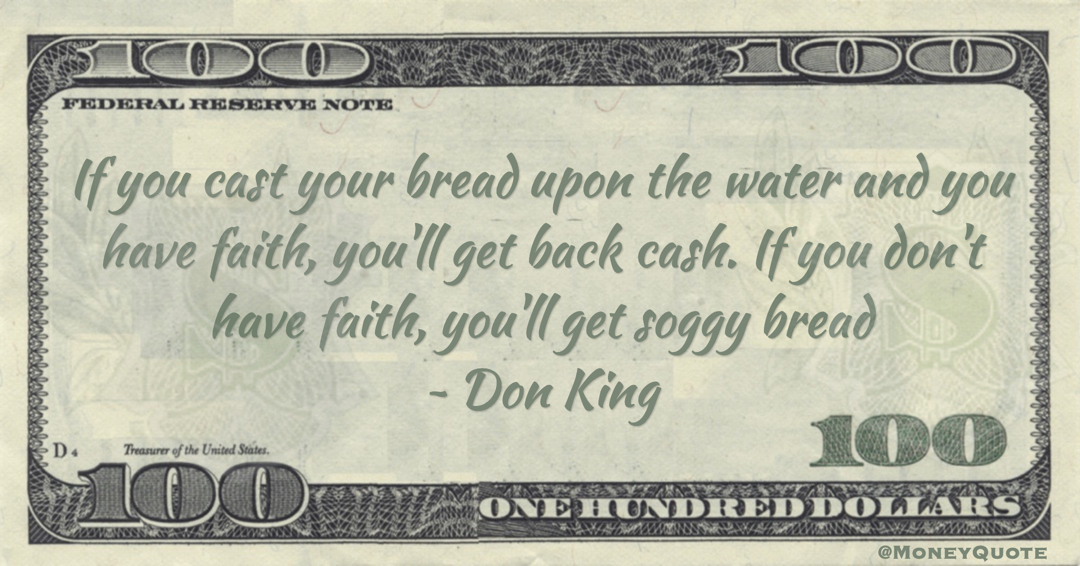 Share the Don King Money quote image above on your site: