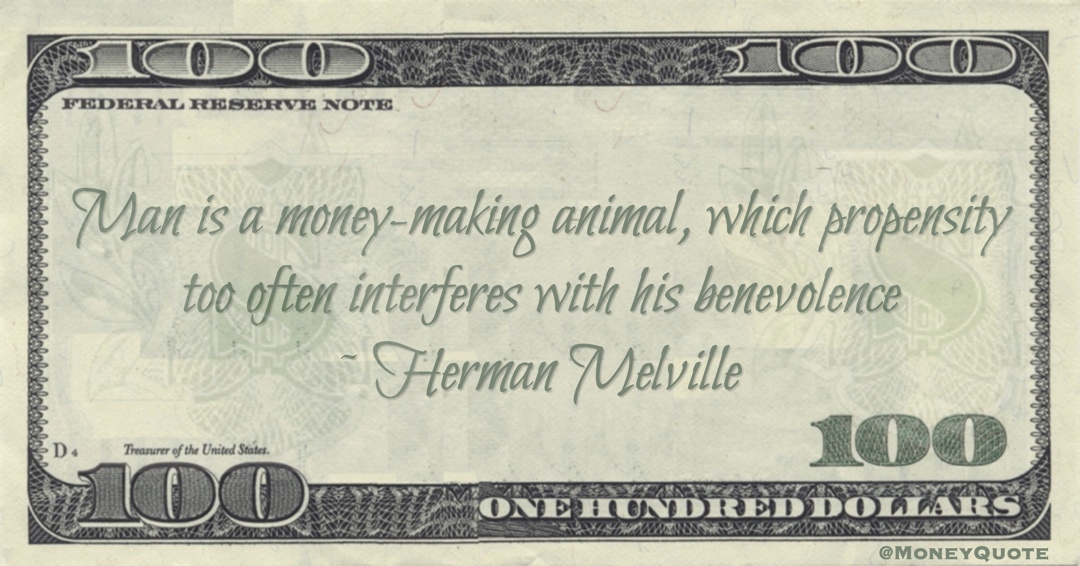 “Man is a money-making animal, which propensity too often interferes with his benevolence” — Herman Melville

Share the Herman Melville Money quote image above on your site: