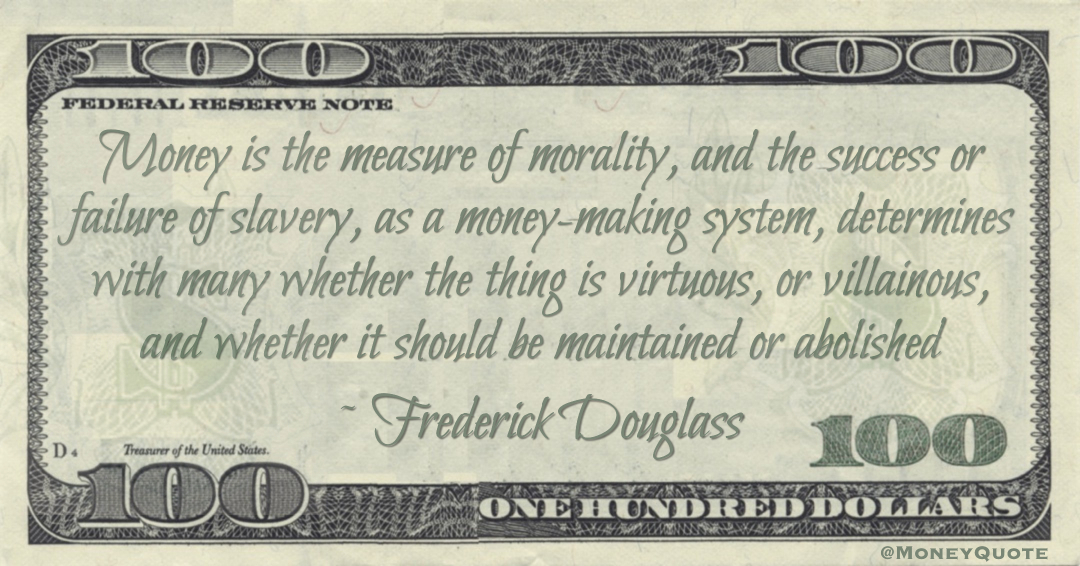 “Money is the measure of morality, and the success or failure of slavery, as a money-making system, determines with many whether the thing is virtuous, or villainous, and whether it should be maintained or abolished” — Frederick Douglass