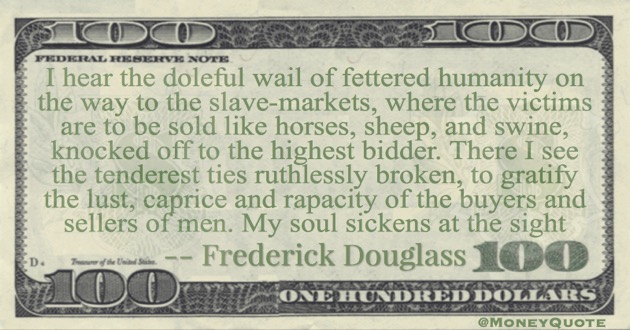 “I hear the doleful wail of fettered humanity on the way to the slave-markets, where the victims are to be sold like horses, sheep, and swine, knocked off to the highest bidder. There I see the tenderest ties ruthlessly broken, to gratify the lust, caprice and rapacity of the buyers and sellers of men. My soul sickens at the sight” — Frederick Douglass