Letter to Donald Trump from Ethics Lawyers, Public Policy organizations and prominent Republicans urging the president elect to divest from his business interests or risk facing the Emoluments Clause through his presidency while dealing with foreign leaders and banks that could funnel money directly to his businesses around the world
— Ethics Lawyers & Organizations said:

As long as you continue to maintain ownership of The Trump Organization, no other steps that you take will prevent the serious conflicts of interest, appearance of conflicts, and Emoluments Clause problems that will exist throughout your presidency. In these circumstances, you cannot separate the presidency from your business enterprises. Domestic interests and foreign individuals, companies, banks and governments involved in business activities with The Trump Organization will be doing business with and potentially providing financial benefits and profits directly to the president of the United States.
— Ethics Lawyers & Organizations 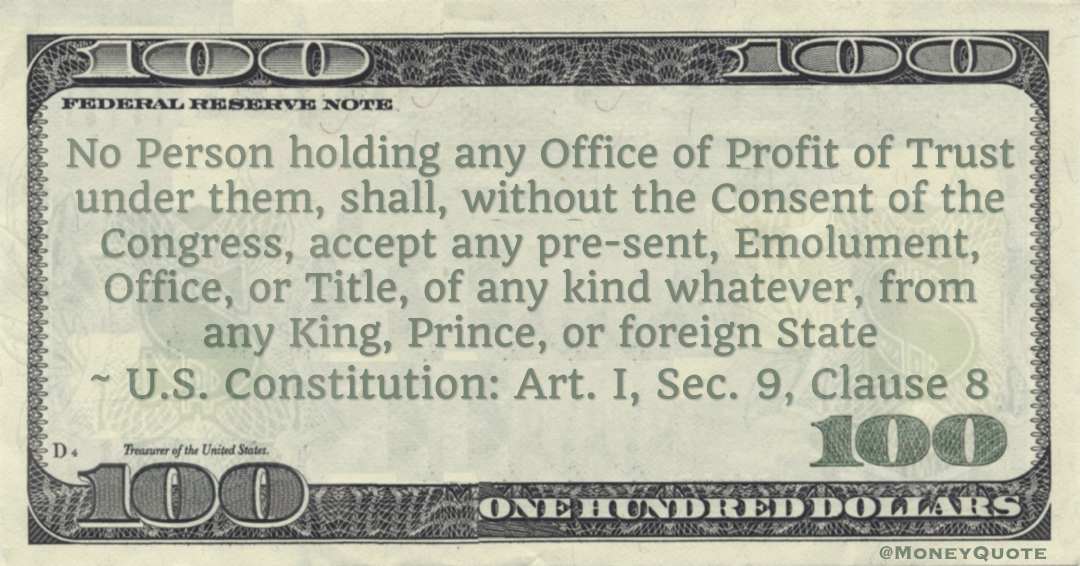