Donald Trump Money Quotes collection saying he doesn’t understand why American public wants him to keep his word from campaign trail promise to release his taxes. Featured on the $100 Dollar Bill is Donald Trump tweeting in 2016 & a year later in 2017: 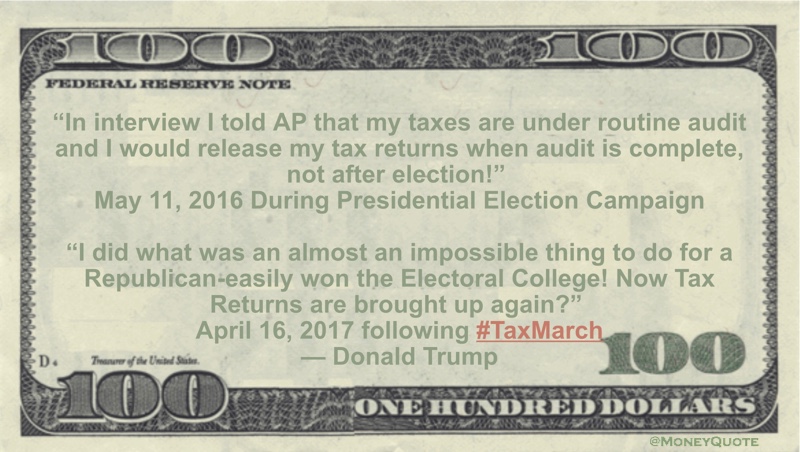 “In interview I told AP that my taxes are under routine audit and I would release my tax returns when audit is complete, not after election!” May 11, 2016 During Presidential Election Campaign

“I did what was an almost an impossible thing to do for a Republican-easily won the Electoral College! Now Tax Returns are brought up again?” April 16, 2017 following #TaxMarch — Donald Trump