Donald Trump: Would Be An Easy Payday 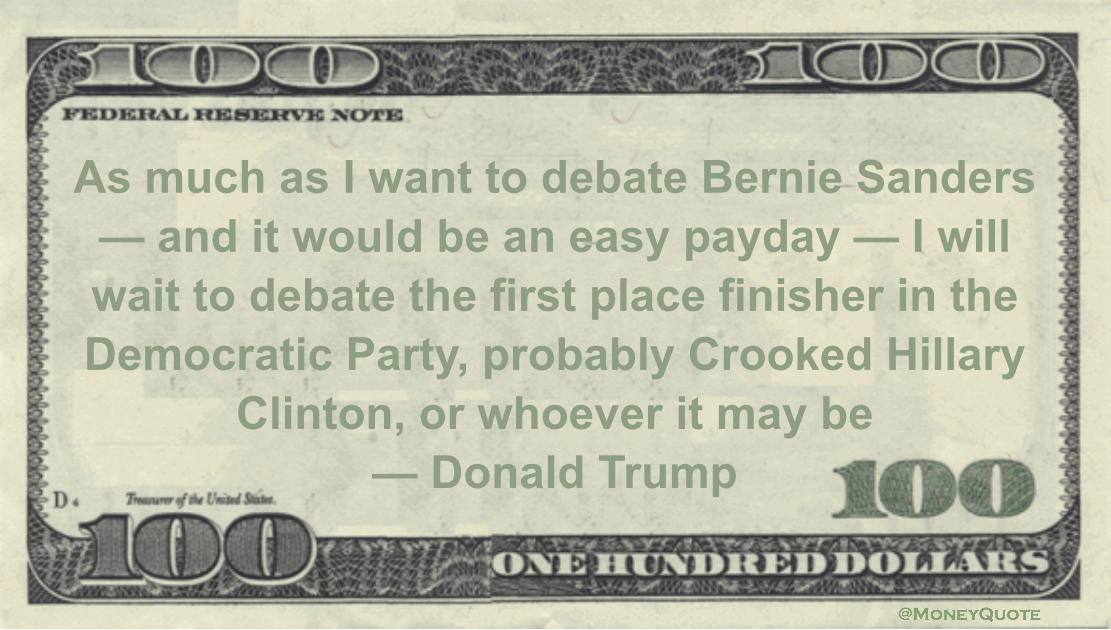 “As much as I want to debate Bernie Sanders — and it would be an easy payday — I will wait to debate the first place finisher in the Democratic Party, probably Crooked Hillary Clinton, or whoever it may be” — Donald Trump