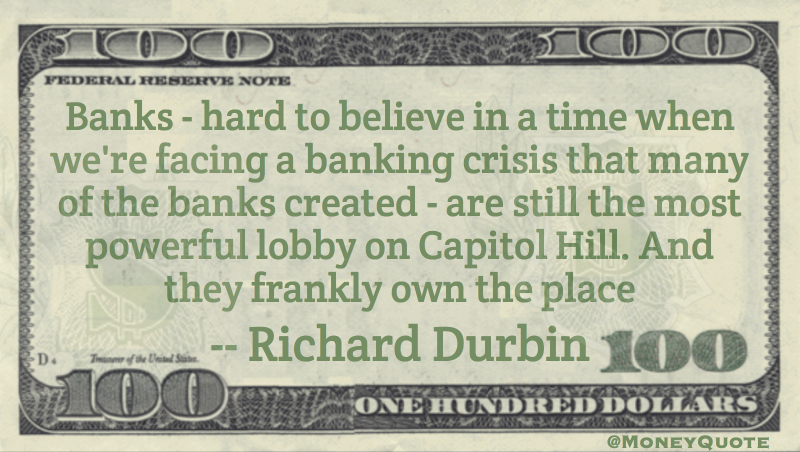 “Banks – hard to believe in a time when we’re facing a banking crisis that many of the banks created – are still the most powerful lobby on Capitol Hill. And they frankly own the place” — Senator Richard Durbin

Share the Richard Durbin Money quote image above on your site: