The first time you marry for love, the second for money, and the third for companionship
— Jackie Kennedy 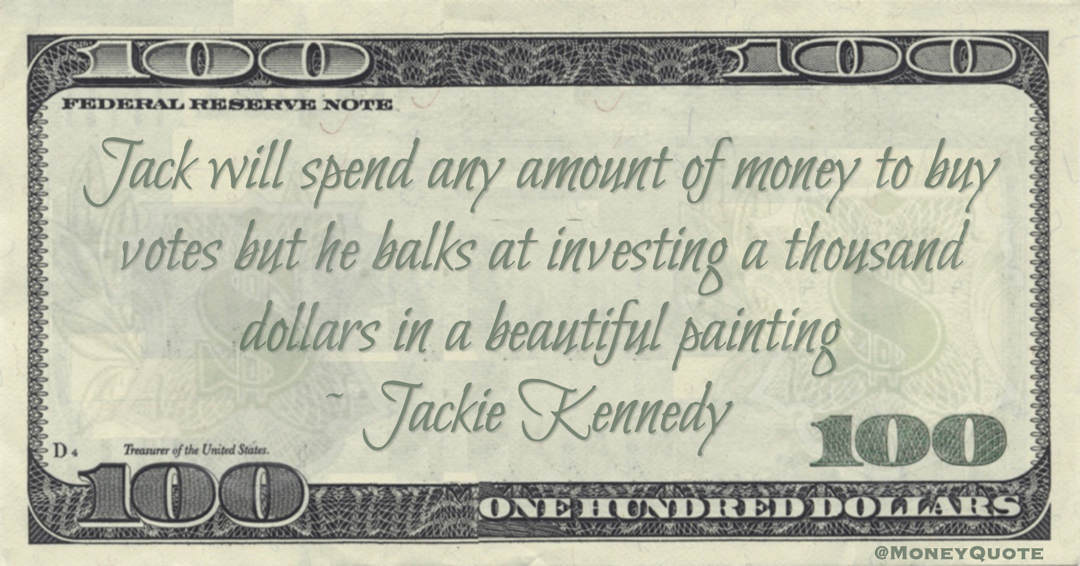 Share the Jackie Kennedy Money quote image above on your site: