Peter Schuyler Money Quote saying we must remove dark money from the political campaigns and fund them instead with public money. Peter Schuyler said: 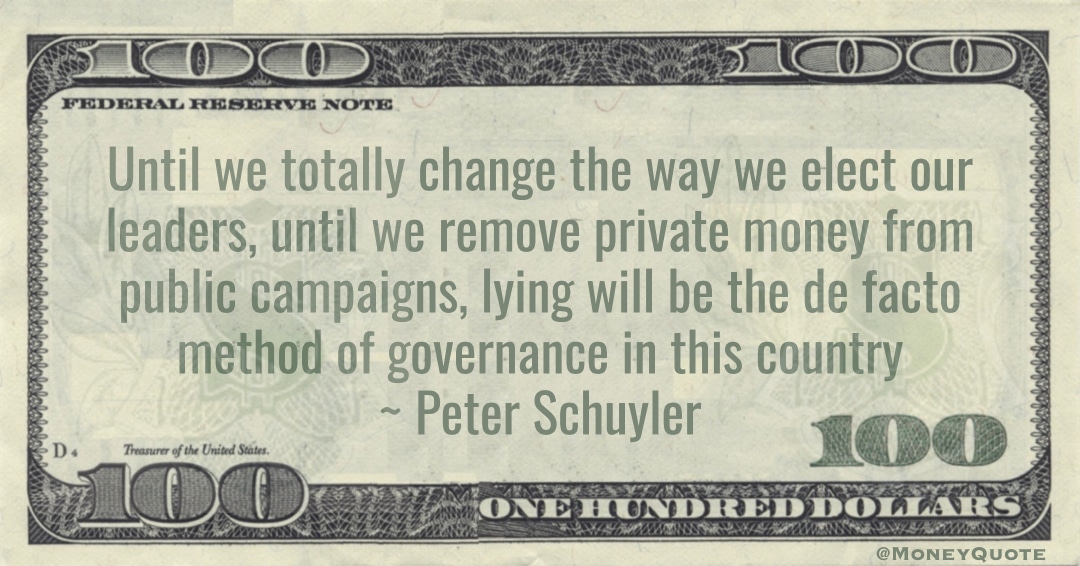 “Until we totally change the way we elect our leaders, until we remove private money from public campaigns, lying will be the de facto method of governance in this country” — Peter Schuyler

Share the Peter Schuyler Money quote image above on your site: