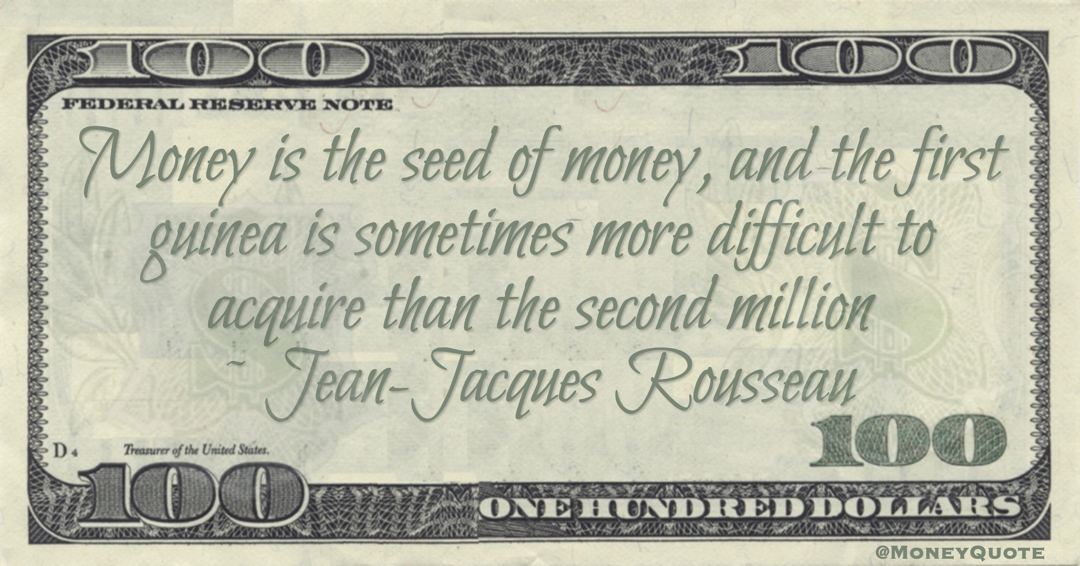 “Money is the seed of money, and the first guinea is sometimes more difficult to acquire than the second million” — Jean-Jacques Rousseau