Meaning of Harry Houdini Money Quote: saying Parisians and Russians will pay the most for escape artists who might die if they fail. Harry Houdini said: 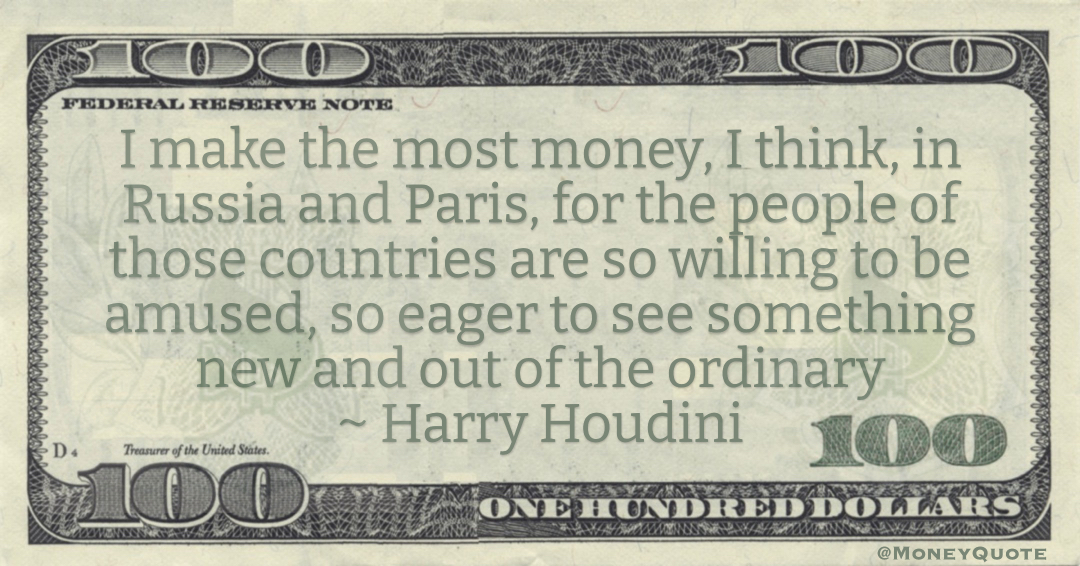 “I make the most money, I think, in Russia and Paris, for the people of those countries are so willing to be amused, so eager to see something new and out of the ordinary” — Harry Houdini

Share the Harry Houdini Money quote image above on your site: