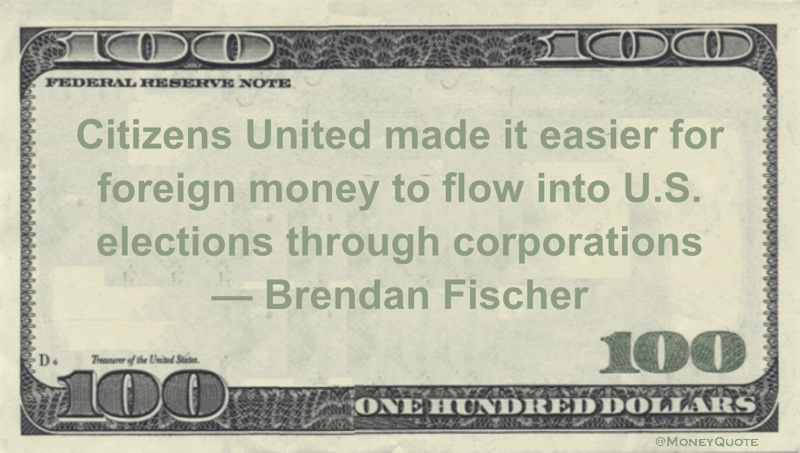 “Citizens United made it easier for foreign money to flow into U.S. elections through corporations” — Brendan Fischer

Share the Brendan Fischer Money quote image above on your site: