Bernie Sanders Money Quotation saying that instead of blocking all proposals congress should be taking action on jobs, pay and the safety net. Bernie Sanders said: 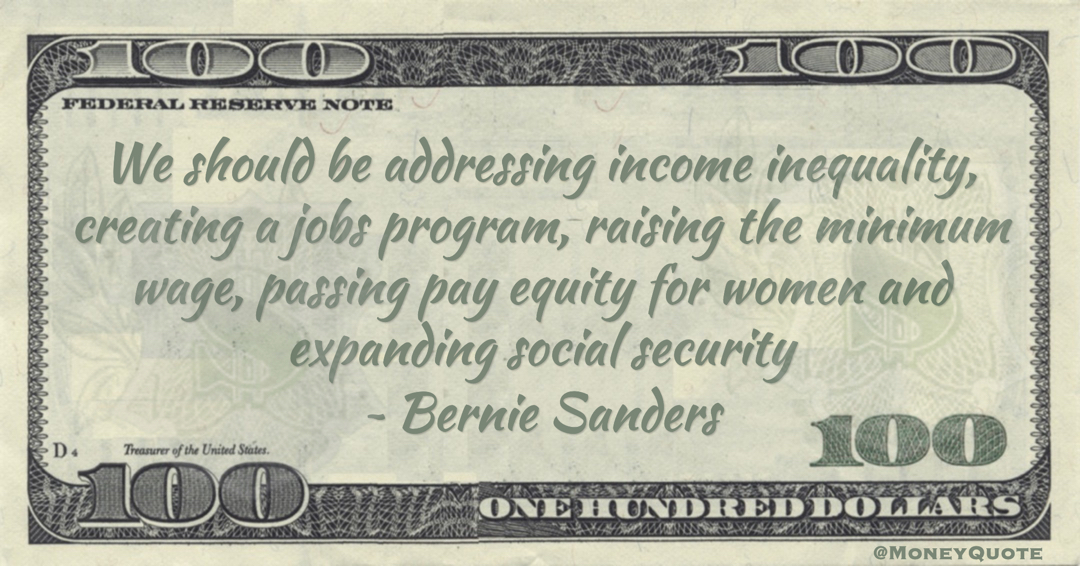 Republicans cannot continue to turn their backs on the disappearing middle class. pic.twitter.com/0uFotlFVJt