Barack Obama Money Quotation saying Super PACs Funded by fewer than 200 Americans have potential to determine who runs for President and then fund their campaign. Barack Obama said: 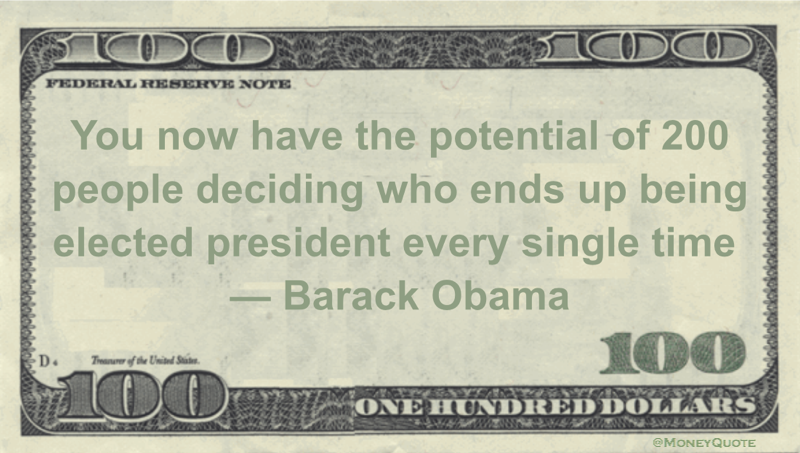