Meaning of Ayn Rand Money Quote: saying many fortunes have been created and grown to the benefit of the country. Ayn Rand said: 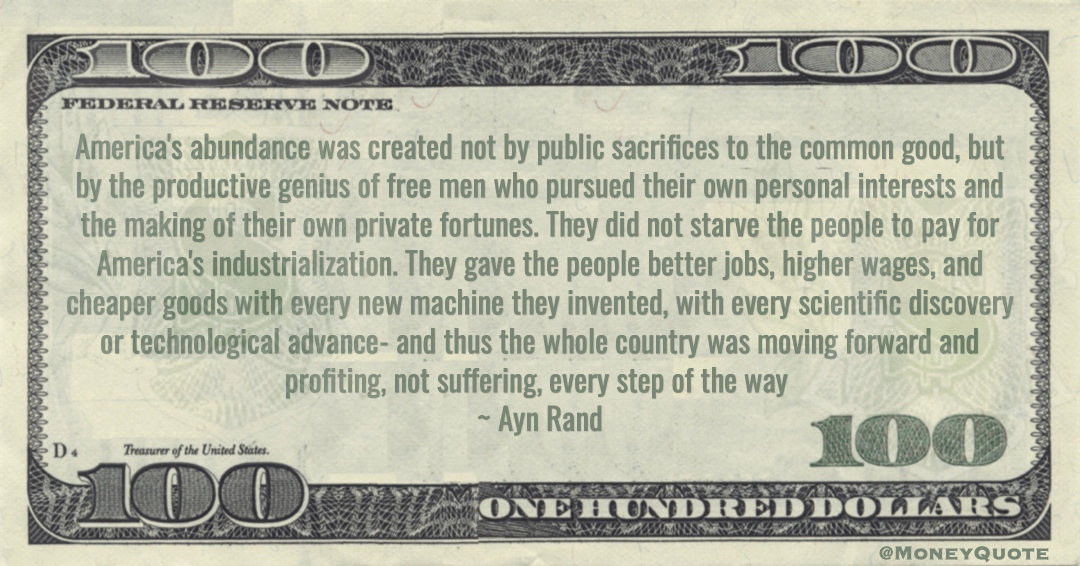 “America’s abundance was created not by public sacrifices to the common good, but by the productive genius of free men who pursued their own personal interests and the making of their own private fortunes. They did not starve the people to pay for America’s industrialization. They gave the people better jobs, higher wages, and cheaper goods with every new machine they invented, with every scientific discovery or technological advance- and thus the whole country was moving forward and profiting, not suffering, every step of the way” — Ayn Rand

Bessie Delany Money Quote saying that believing more in money than in god leads to every kind of financial mess. Bessie Delany said: 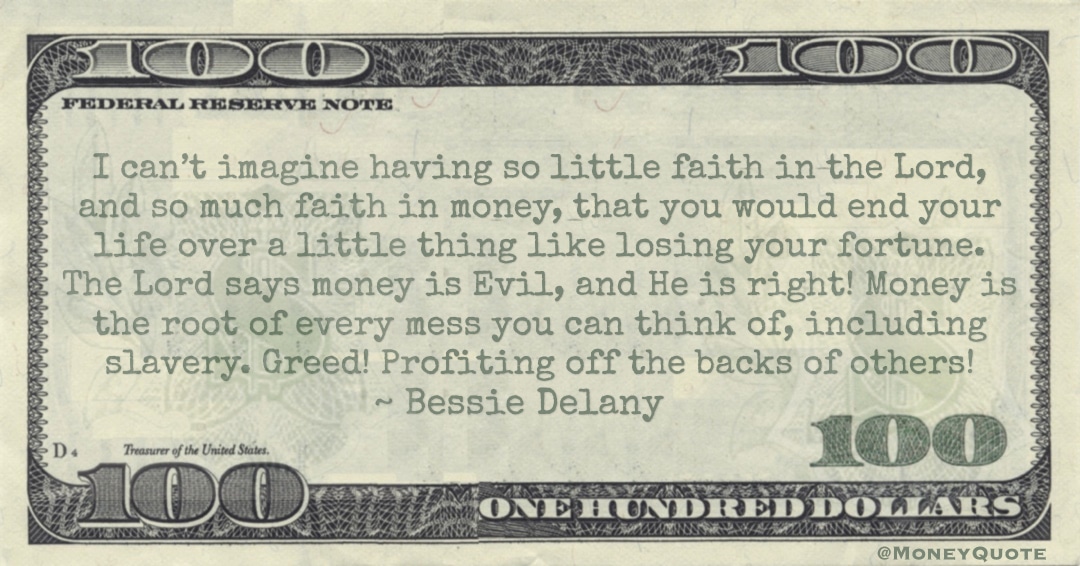 “I can’t imagine having so little faith in the Lord, and so much faith in money, that you would end your life over a little thing like losing your fortune. The Lord says money is Evil, and He is right! Money is the root of every mess you can think of, including slavery. Greed! Profiting off the backs of others!” — Bessie Delany

Share the Bessie Delany Money quote image above on your site: “There are billions upon billions of dollars flowing into the pockets of organized crime, street gangs and gun-runners, because of the illicit marijuana trade, and if we can get that out of the criminal elements and into a more regulated fashion we will reduce the amount of criminal activity that’s profiting” — Justin Trudeau

Share the Justin Trudeau Money quote image above on your site: