Geoff Mulgan Money Quote saying some extra wealthy folks have decided that they would rather not die before giving away their fortune. Geoff Mulgan said: 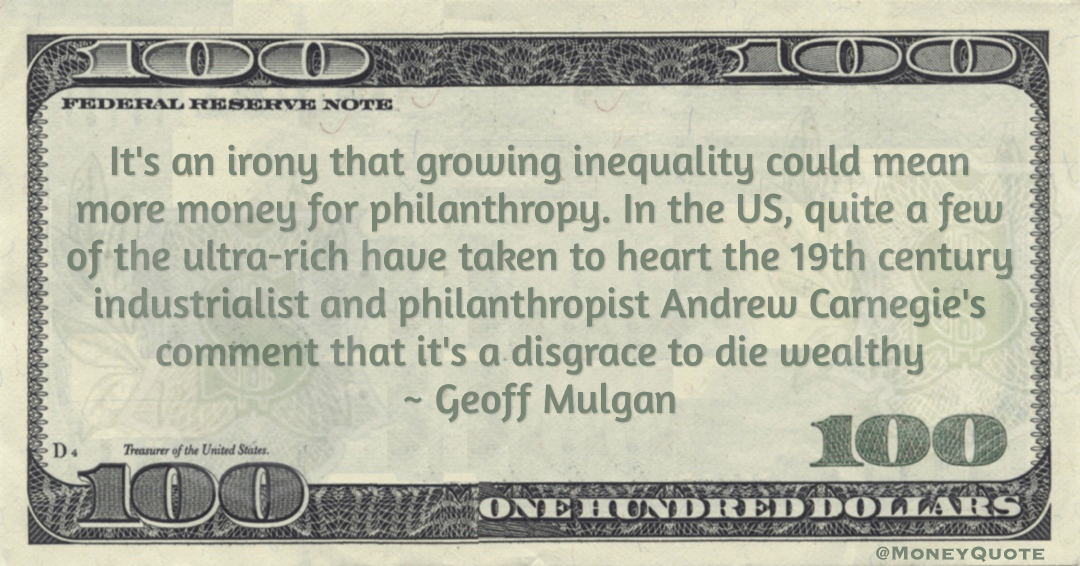 “It’s an irony that growing inequality could mean more money for philanthropy. In the US, quite a few of the ultra-rich have taken to heart the 19th century industrialist and philanthropist Andrew Carnegie’s comment that it’s a disgrace to die wealthy” — Geoff Mulgan

Share the Geoff Mulgan Money quote image above on your site:

Joseph Heller Money Quote saying we can make others believe almost anything is opposite of reality by having a lack of character. Joseph Heller said: 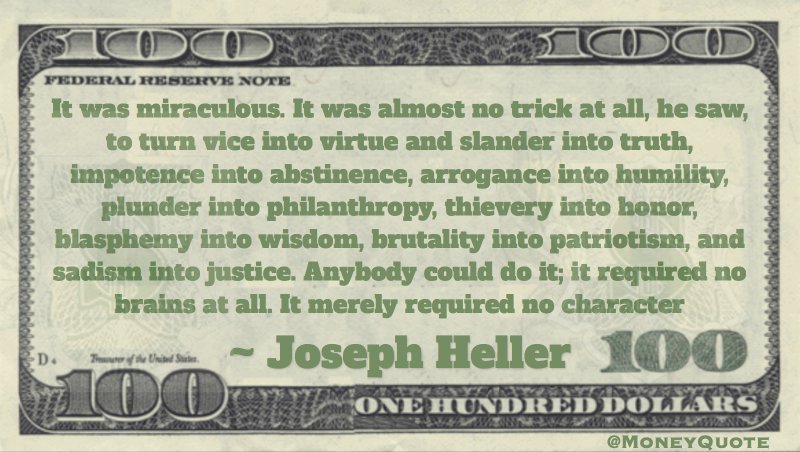 “It was miraculous. It was almost no trick at all, he saw, to turn vice into virtue and slander into truth, impotence into abstinence, arrogance into humility, plunder into philanthropy, thievery into honor, blasphemy into wisdom, brutality into patriotism, and sadism into justice. Anybody could do it; it required no brains at all. It merely required no character” — Joseph Heller

Share the Joseph Heller Money quote image above on your site: