Daniel Defoe Money Quote saying one with wealth has no need to cheat when it wouldn’t benefit his bottom line or he’s doubly dishonest. Daniel Defoe said: 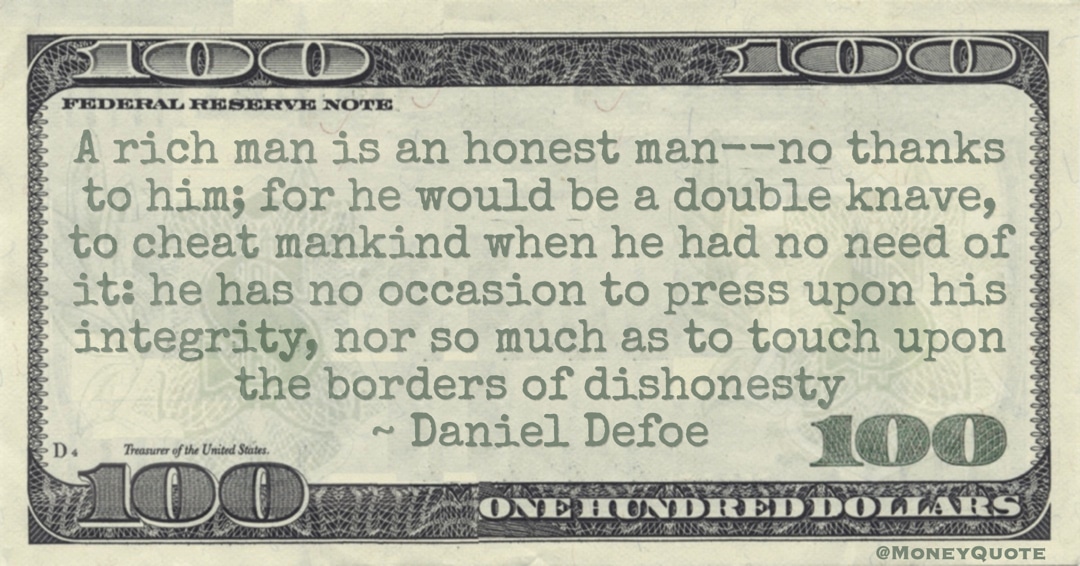 “A rich man is an honest man — no thanks to him; for he would be a double knave, to cheat mankind when he had no need of it: he has no occasion to press upon his integrity, nor so much as to touch upon the borders of dishonesty” — Daniel Defoe

Share the Daniel Defoe Money quote image above on your site: 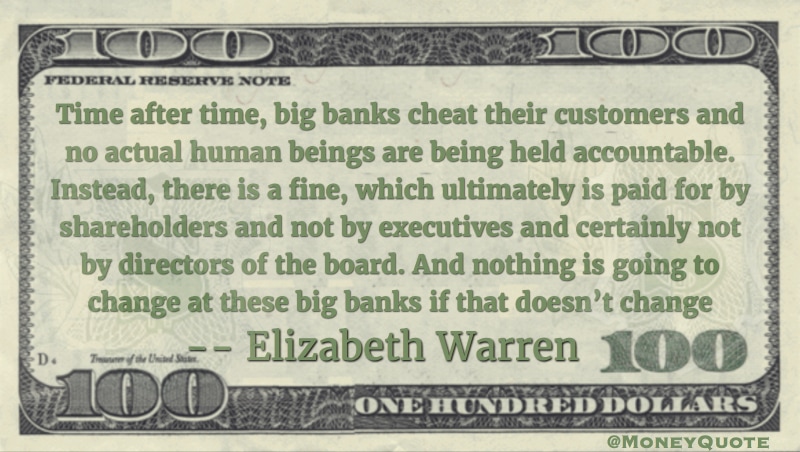 “Time after time, big banks cheat their customers and no actual human beings are being held accountable. Instead, there is a fine, which ultimately is paid for by shareholders and not by executives and certainly not by directors of the board. And nothing is going to change at these big banks if that doesn’t change” — Elizabeth Warren