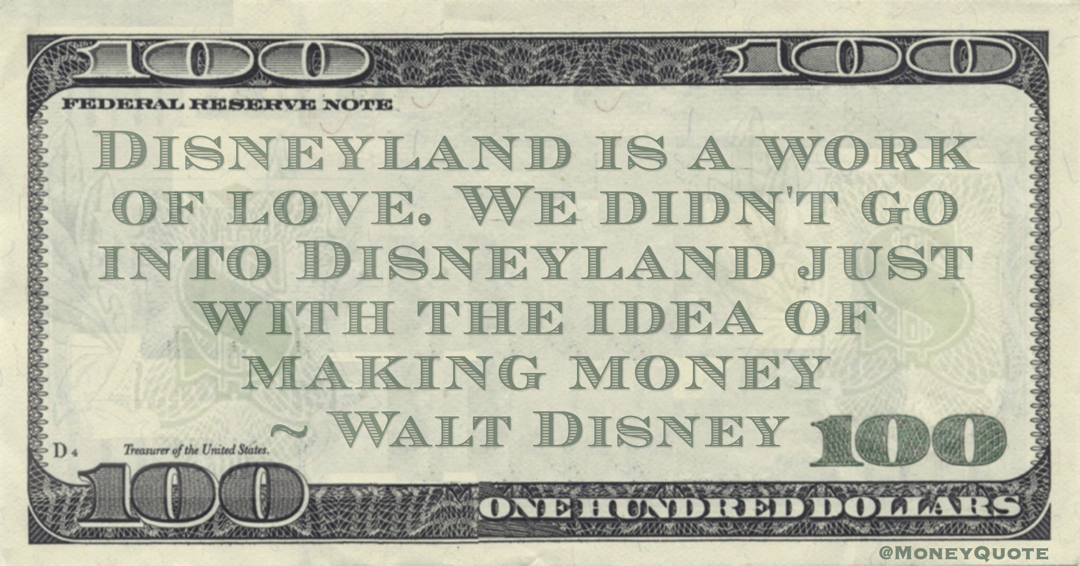 “Disneyland is a work of love. We didn’t go into Disneyland just with the idea of making money” — Walt Disney