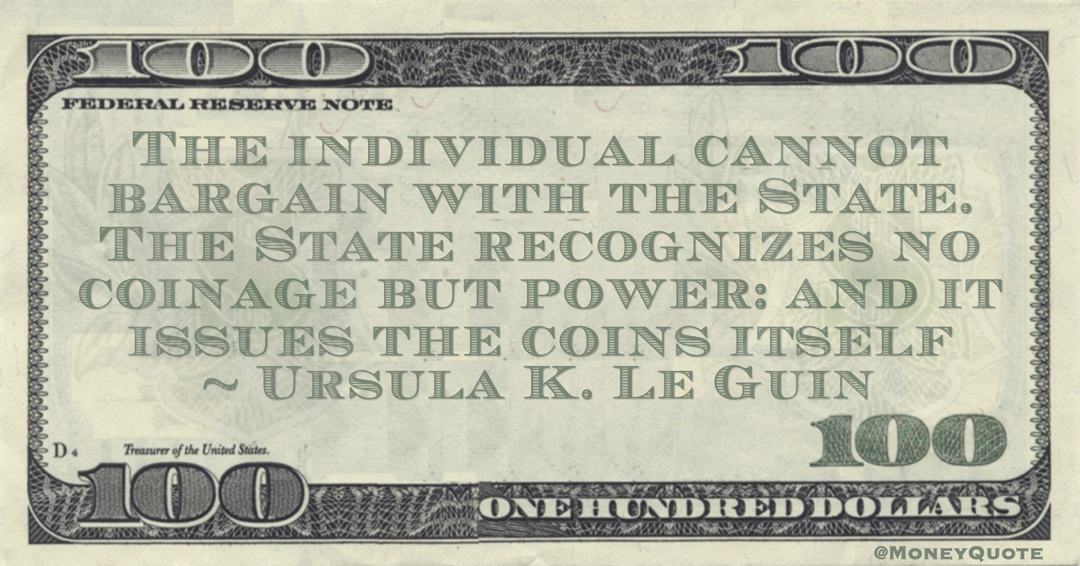 “The individual cannot bargain with the State. The State recognizes no coinage but power: and it issues the coins itself” — Ursula K. Le Guin

Share the Ursula K. Le Guin Money quote image above on your site: