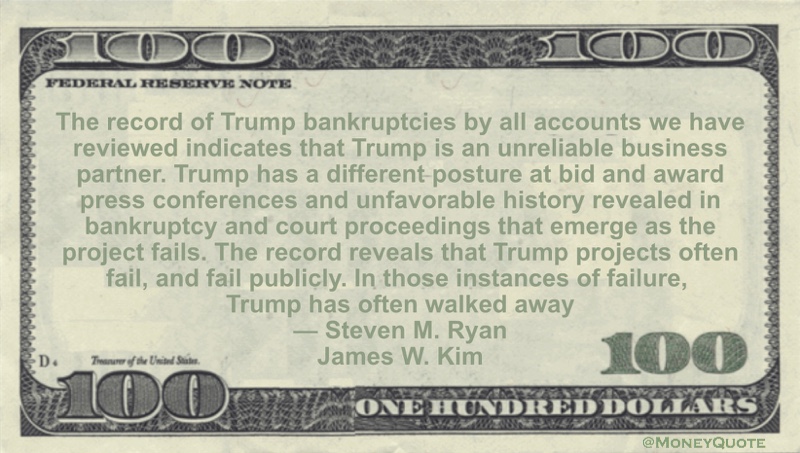 “The record of Trump bankruptcies by all accounts we have reviewed indicates that Trump is an unreliable business partner. Trump has a different posture at bid and award press conferences and unfavorable history revealed in bankruptcy and court proceedings that emerge as the project fails. The record reveals that Trump projects often fail, and fail publicly. In those instances of failure, Trump has often walked away” — Steven M. Ryan & James W. Kim