Ted Cruz Money Quote saying bitcoin has been banned in China because they want to control it and can’t. Ted Cruz said: 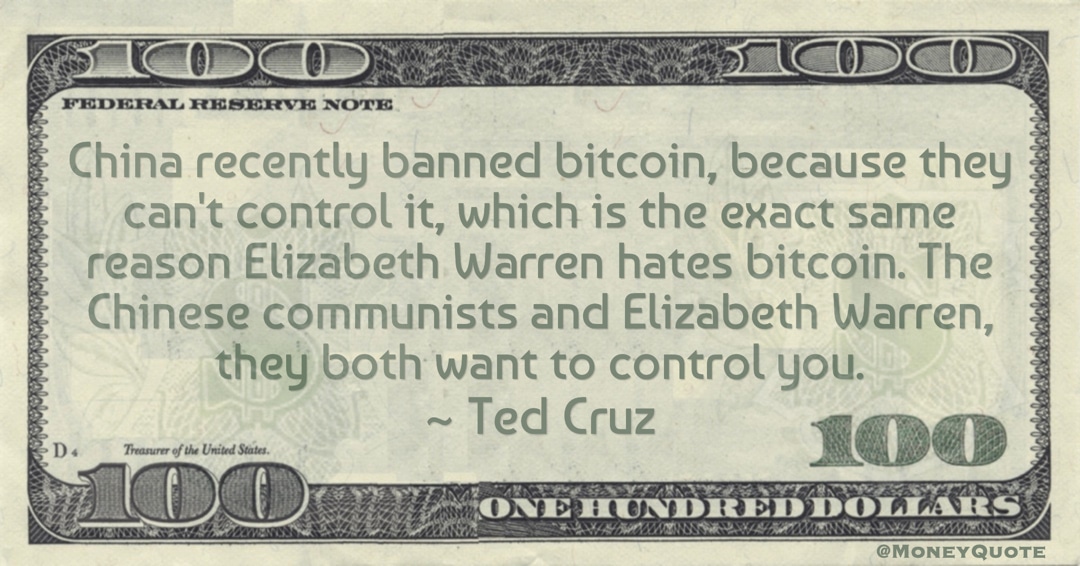 “China recently banned bitcoin, because they can’t control it, which is the exact same reason Elizabeth Warren hates bitcoin. The Chinese communists and Elizabeth Warren, they both want to control you” — Ted Cruz

Share the Ted Cruz Money quote image above on your site: