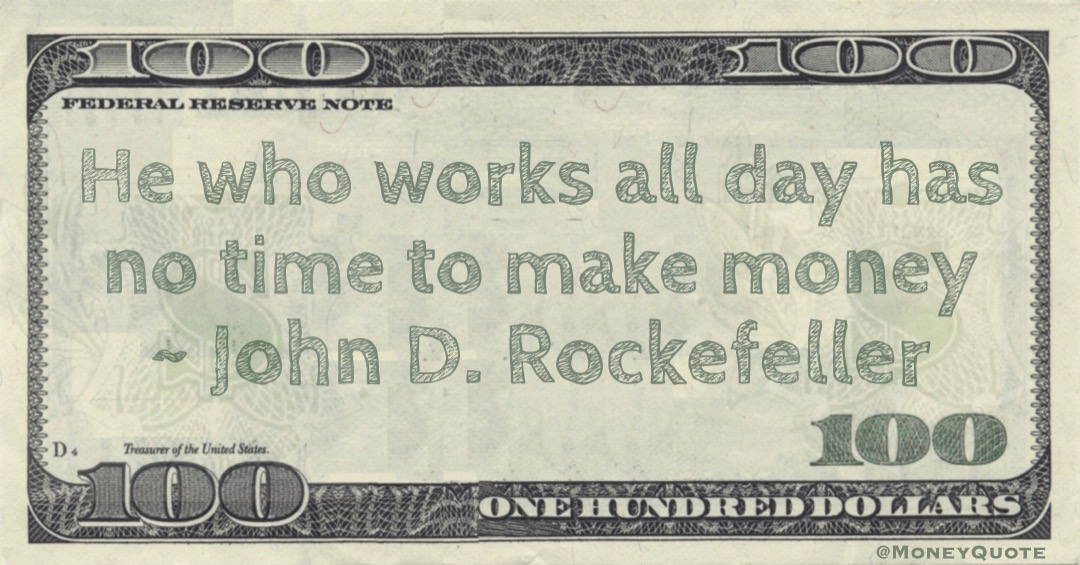 “He who works all day has no time to make money” — John D. Rockefeller

Donna Summer Money Quote saying in lyrics that women deserve respect for the hard work they do to earn their pay. Donna Summer said: 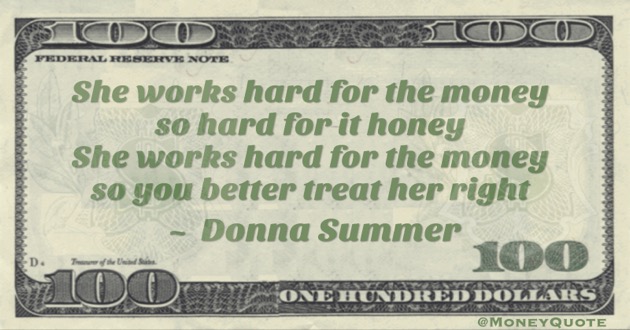 Share the Donna Summer Money quote image above on your site: 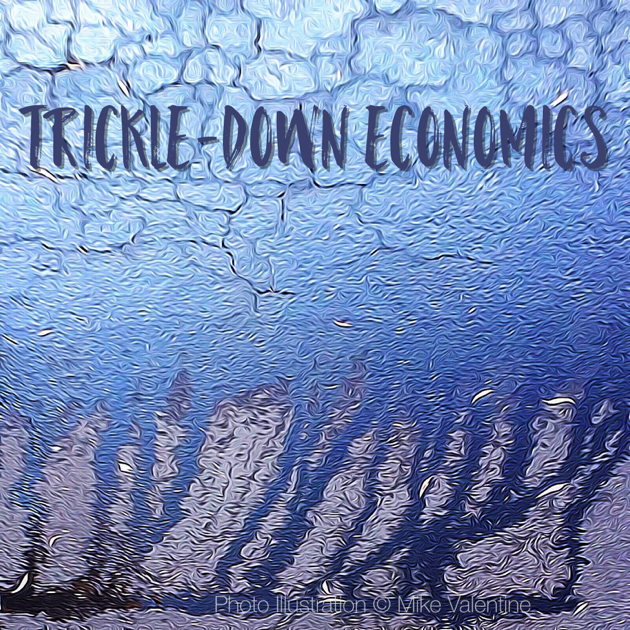 Thomas Dewey on Working the Law

Funny Money Quotes: Hard working horses are more valuable to trainers and the same is true of men and their trainers. Marty Allen said:

If a man works like a horse for his money, there are a lot of girls anxious to take him down the bridal path — Marty Allen