Andrew Yang Money Quote saying Everyone is quick to heap praise and love on front-line critical workers during the coronavirus, but they’d probably be happier with more money than they are being paid to put their lives at risk for work. Andrew Yang said: 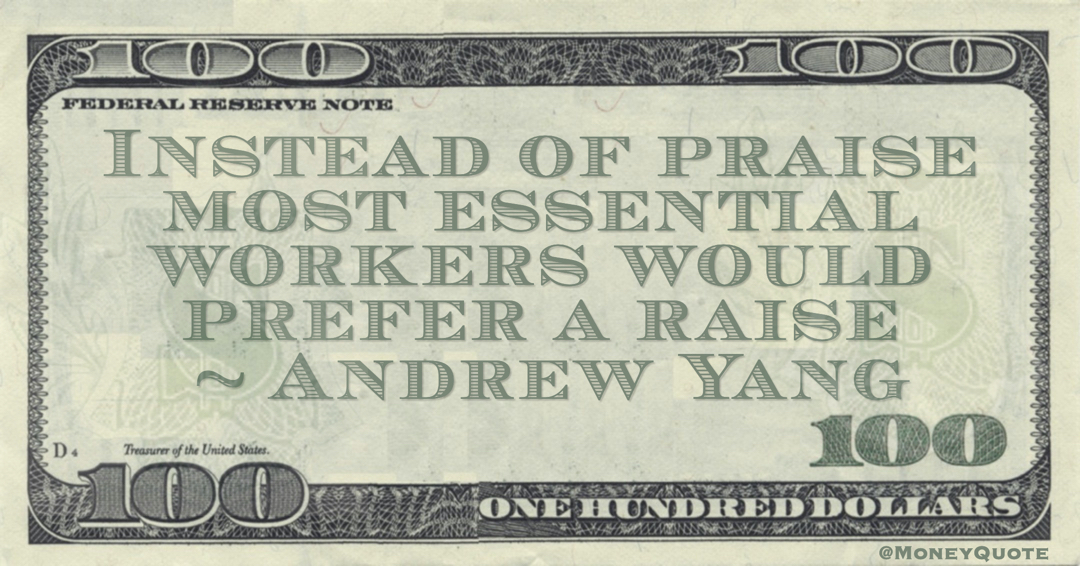 Share the Andrew Yang Money quote image above on your site:

Instead of praise most essential workers would prefer a raise.

Abigail Disney Money Quote saying there is no one, not even Jesus Christ, who is worth 500 times the average employee’s rate of pay. Abigail Disney said: 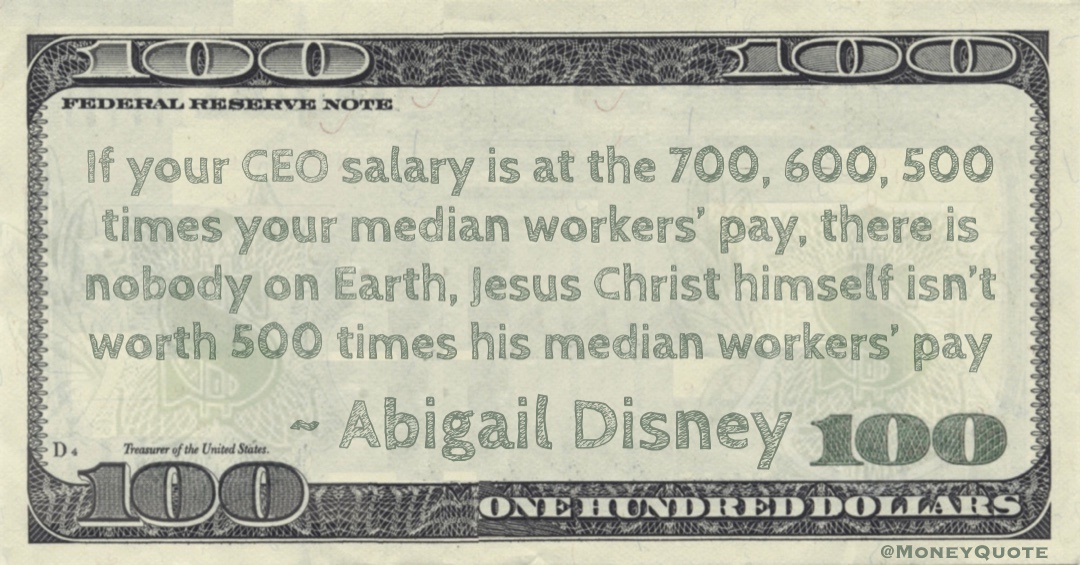 Let me very clear. I like Bob Iger. I do NOT speak for my family but only for myself. Other than owning shares (not that many) I have no more say in what happens there than anyone else. But by any objective measure a pay ratio over a thousand is insane. https://t.co/O34OjXd6rr 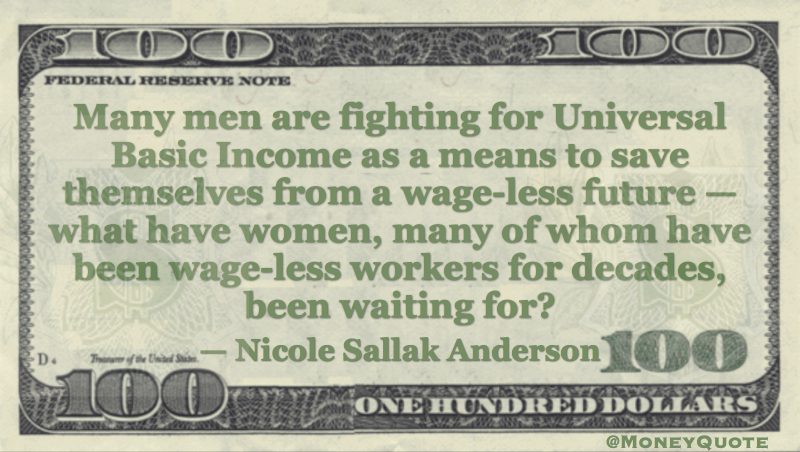 Let’s by all means shrink the size of government, but not by slashing the poverty programs, but by ensuring that workers are paid enough so that they actually don’t need those programs
— Nick Hanauer

When businesses pay workers a living wage, taxpayers are relieved of the burden of funding the poverty programs like food stamps and medical assistance and rent assistance that those workers need
— Nick Hanauer

Pope Francis Money Quotation saying (in a reference to the first commandment) that the idolatry of money worship leads finance industry to take advantage of poor workers. Pope Francis said:

The new colonialism takes on different faces. At times it appears as the anonymous influence of mammon: corporations, loan agencies, certain ‘free trade’ treaties, and the imposition of measures of ‘austerity’ which always tighten the belt of workers and the poor
— Pope Francis