Xavier Becerra Money Quote saying in a statement as the Attorney General of California that Wells Fargo took advantage of customers and eroded trust in the banking system. Xavier Becerra said: 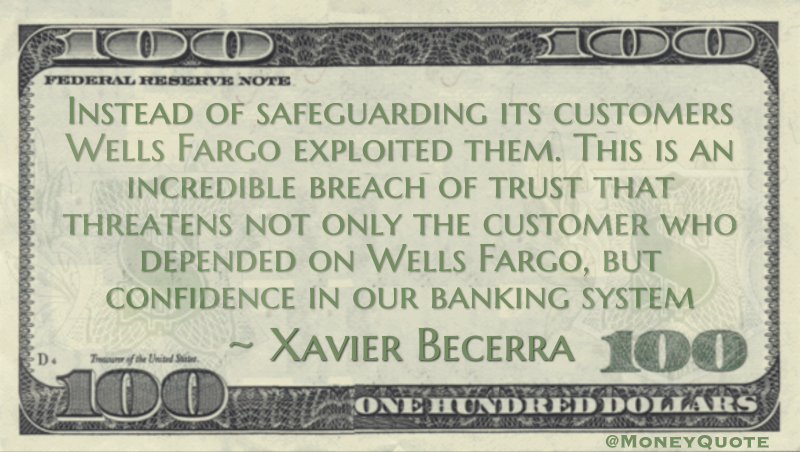 The CFPB is responsible for bringing to light the Wells Fargo fake account scandal. It is hard to defend what Wells Fargo did and hard not to respect CFPB for bringing it to light
— Peter Cohan

Wells Fargo … you can’t take away Wells’ customer base. It grows quarter by quarter. And what you make money off of is customers. And you make money on customers by having a helluva spread on assets and not doing anything really dumb. And that’s what they do.
— Warren Buffett

Maxine Waters: Wells Fargo to be Broken Up 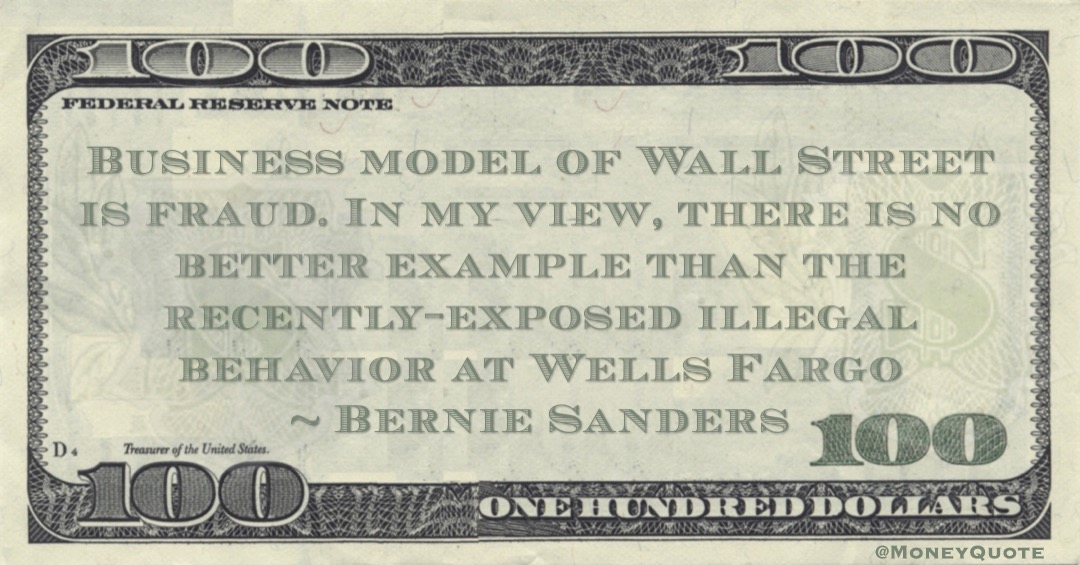 “Business model of Wall Street is fraud. In my view, there is no better example than the recently-exposed illegal behavior at Wells Fargo” — Bernie Sanders