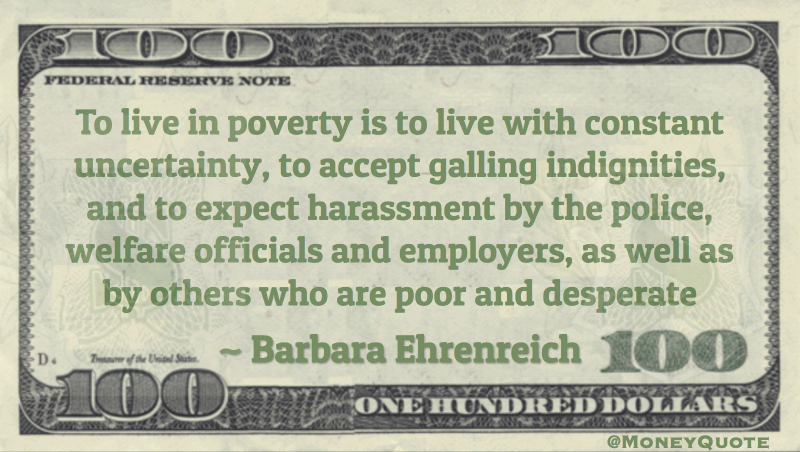 “To live in poverty is to live with constant uncertainty, to accept galling indignities, and to expect harassment by the police, welfare officials and employers, as well as by others who are poor and desperate” — Barbara Ehrenreich

Share the Barbara Ehrenreich Money quote image above on your site:

Charles Koch Money Quote saying his company is opposed to the corporate welfare, cronyism and tax breaks they receive from the government. Charles Koch said:

We have to demand an end to corporate welfare… No more specialized tax breaks, no more exemptions, or bailouts or special treatment, no more crony capitalism. We must eliminate all corporte handouts and do it now. — Robert Reich

Norman Mailer Money Quotation saying judgement of productivity ought to be applied to rich as well as poor. Norman Mailer said: