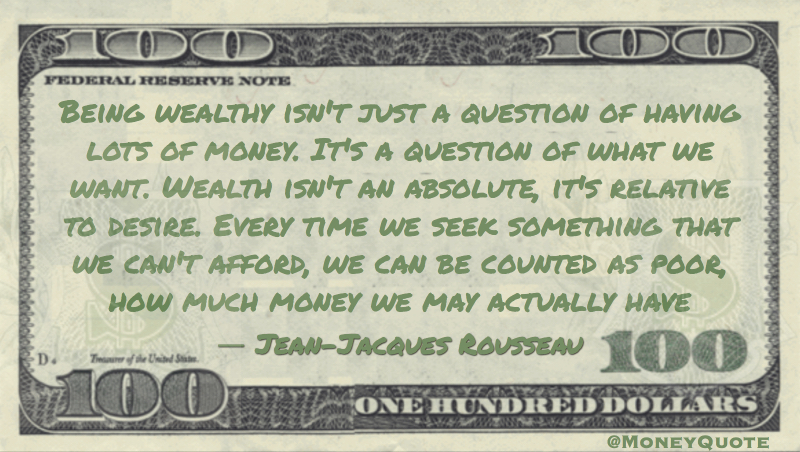 C.K. Wilde Money Quote saying artists work speaks to injustice and inequality are supported by wealthy art collectors that may be avoiding taxes and seeking to be influential. C.K. Wilde said:

I am involved in one of the last great cartels, the art world. A place for the wealthy to “hide” their assets, to dodge taxes, and to celebrate their influence
— C.K. Wilde

Abraham Lincoln Money Quote saying there should be no legal recourse against those who seek wealth – it could be more than harmful. Abraham Lincoln said:

Some will get wealthy. I don’t believe in a law to prevent a man from getting rich; it would do more harm than good
— Abraham Lincoln

Banks, financial regulators and tax authorities have failed. Decisions have been made that have spared the wealthy while focusing instead on reining in middle- and low-income citizens
— John Doe

Donald Trump Money Quote saying he believes a country must be wealthy to be great – dissing all poor countries at once. Donald Trump said:

There’s one more thing that we must do to make America wealthy again, and you have to be wealthy in order to be great, I’m sorry to say
— Donald Trump