Funny Money Quotes: If only the list of wealthy Americans was actually shrinking this would be funny – but that list is growing faster than ever. Doug Pike in Splattered on the Road to Wealth 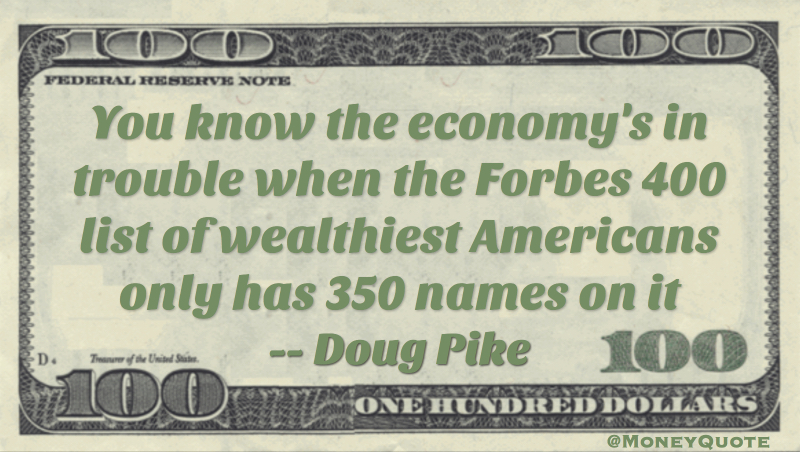