Share the Taylor Caldwell Money quote image above on your site: “We usually save money to waste it” — Mokokoma Mokhonoana 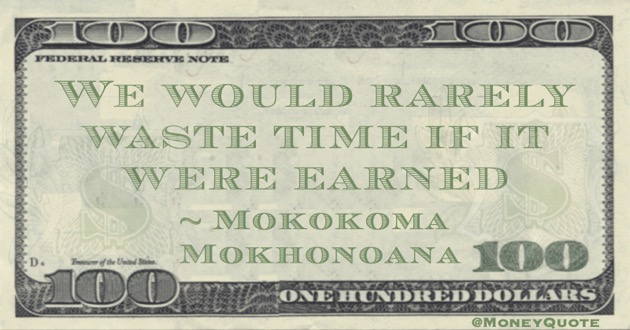 “We would rarely waste time if it were earned” — Mokokoma Mokhonoana 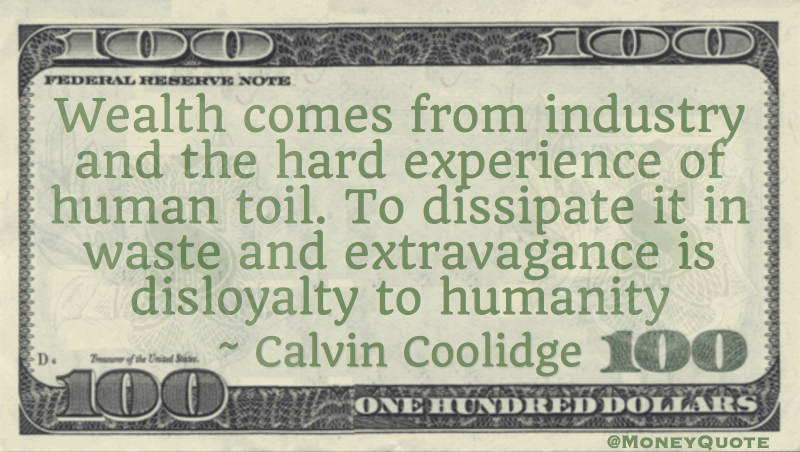 “Wealth comes from industry and the hard experience of human toil. To dissipate it in waste and extravagance is disloyalty to humanity” ~ Calvin Coolidge

Beauty comes from the inside out. Creams are a waste of money if you don’t take care of your health
— Dolores del Rio

Michael Leboeuf Money Quotation saying if you must choose between blowing your cash or wasting time, keep in mind the value that could have been created with that time. Michael Leboeuf said:

Waste your money and you’re only out of money, but waste your time and you’ve lost a part of your life
— Michael Leboeuf

Perhaps the most important use of money – It saves time. Life is so short, and there’s so much to do, one can’t afford to waste a minute
— W. Somerset Maugham