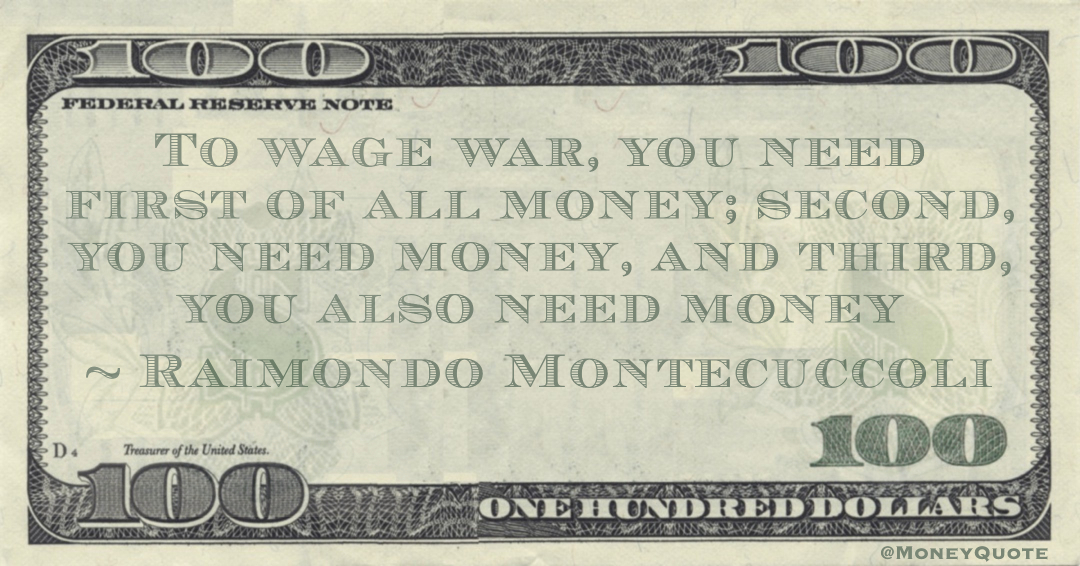 “To wage war, you need first of all money; second, you need money, and third, you also need money” — Raimondo Montecuccoli

Share the Raimondo Montecuccoli Money quote image above on your site:

Anacreon: Enslaved by Love of Money

Anacreon Money Quote saying someone who has a love of money above everything is cursed and brings war and death. Anacreon said:

Thomas Paine Money Quote saying war is unpredictable in every twist and turn, but for one thing – it will always increase taxes. Thomas Paine said: 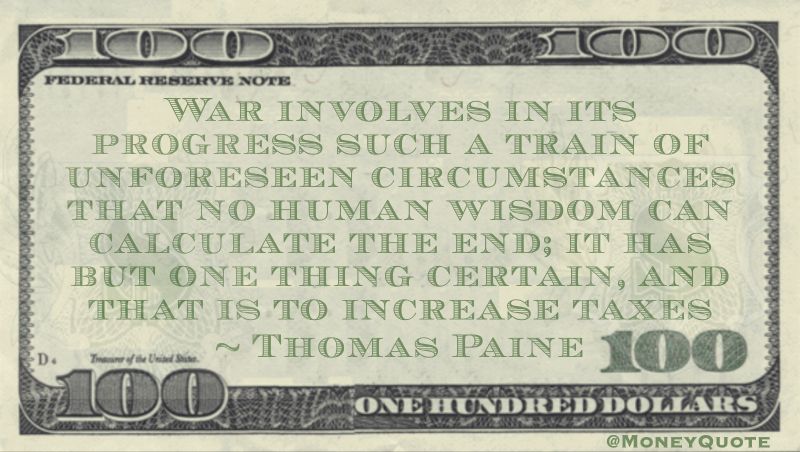 “War involves in its progress such a train of unforeseen circumstances that no human wisdom can calculate the end; it has but one thing certain, and that is to increase taxes” — Thomas Paine

Share the Thomas Paine Money quote image above on your site:

Terrorism is the war of the poor,
& war is the terrorism of the rich

So as long as money continues to seduce the hungry, the hopeless, the broken, the greedy, and the needy, there will always be war between brothers
— Suzy Kassem

Barack Obama Money Quotation saying the wealthy will make our economic decisions about war for us if we stop engaging in politics. Barack Obama said:

If we give up now, then we forsake a better future. Those with money and power will gain greater control over the decisions that could send a young soldier to war, or allow another economic disaster
— Barack Obama 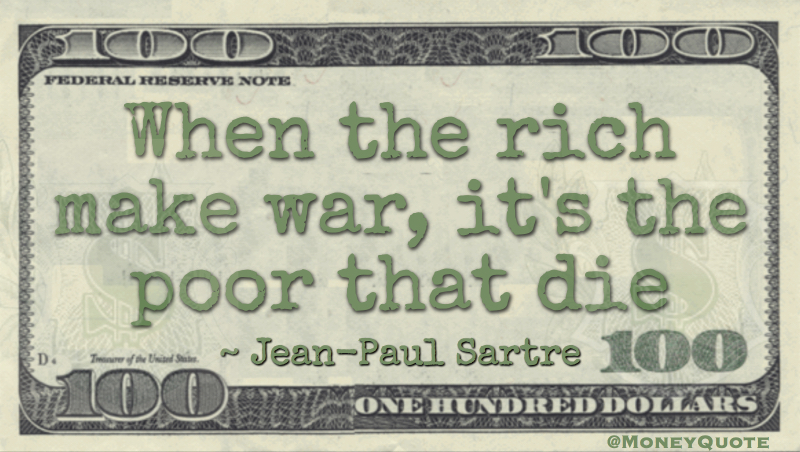 “When the rich make war, it’s the poor that die” — Jean-Paul Sartre

Share the jean-Paul Sartre Money quote image above on your site:

This kind of gap between the wealthiest and the poorest will get closed. History shows it usually ends in one of three ways — either higher taxes, revolution, or war. None of those are on my bucket list
— Paul Tudor Jones