Abigail Disney Money Quote saying there are privileges that come with wealth which are difficult to deny yourself because they are so nice to have. Abigail Disney said: 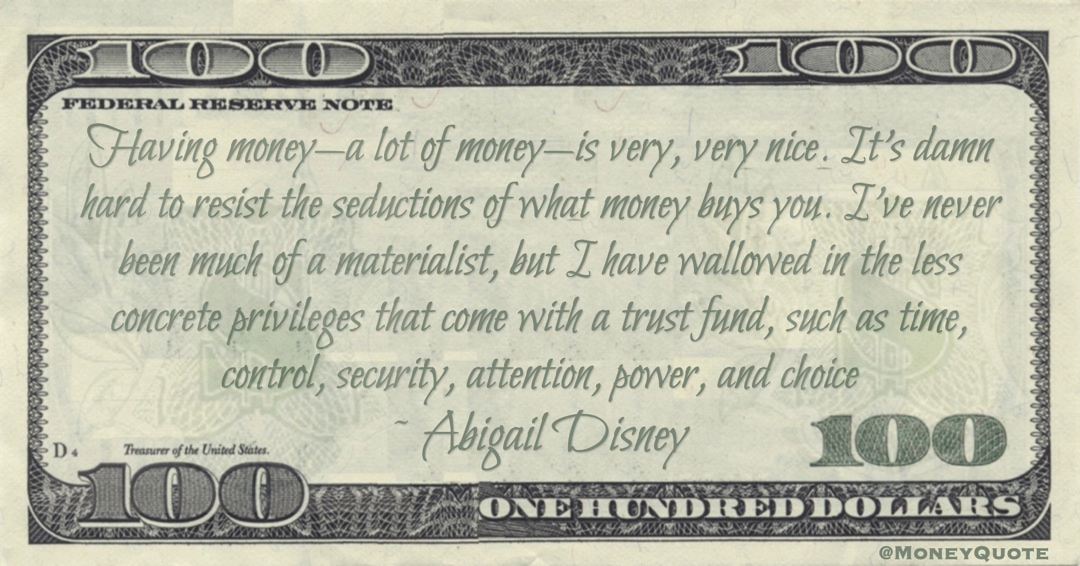 “Having money — a lot of money—is very, very nice. It’s damn hard to resist the seductions of what money buys you. I’ve never been much of a materialist, but I have wallowed in the less concrete privileges that come with a trust fund, such as time, control, security, attention, power, and choice” — Abigail Disney

Chris Rock Money Quote saying his kids will need to be prepared to pay off his debt after he’s gone, rather than inheriting lots of money. Chris Rock said: 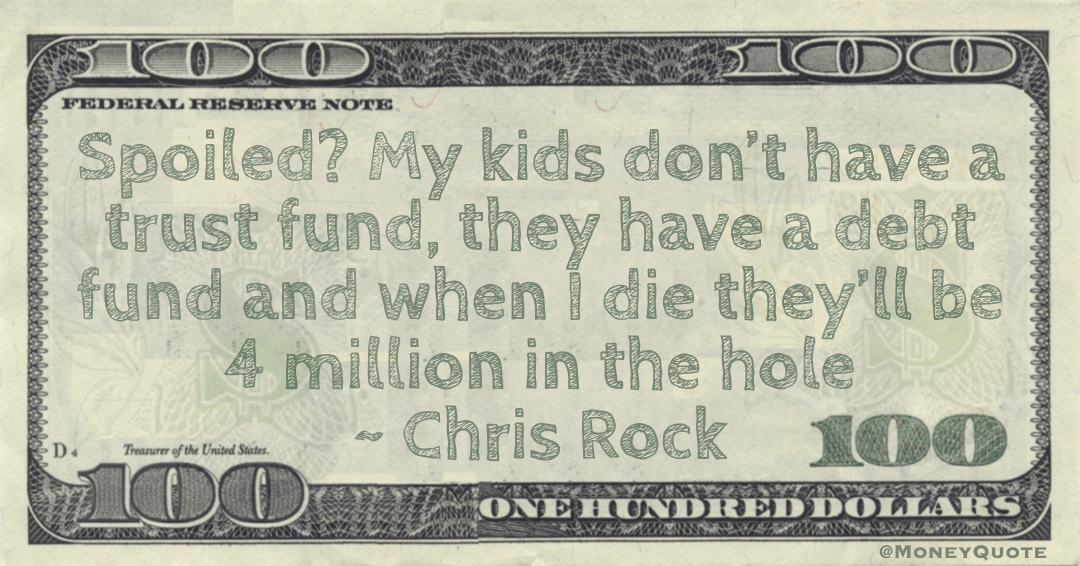 “Spoiled? My kids don’t have a trust fund, they have a debt fund and when I die they’ll be 4 million in the hole” — Chris Rock

Share the Chris Rock Money quote image above on your site: