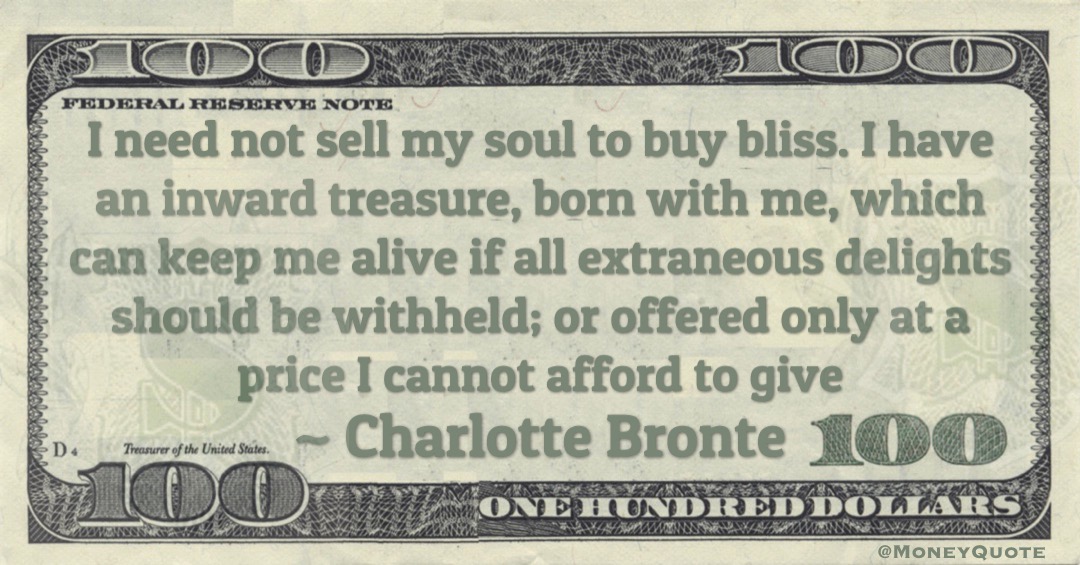 “I need not sell my soul to buy bliss. I have an inward treasure, born with me, which can keep me alive if all extraneous delights should be withheld; or offered only at a price I cannot afford to give” — Charlotte Bronte


Share the Charlotte Bronte Money quote image above on your site: 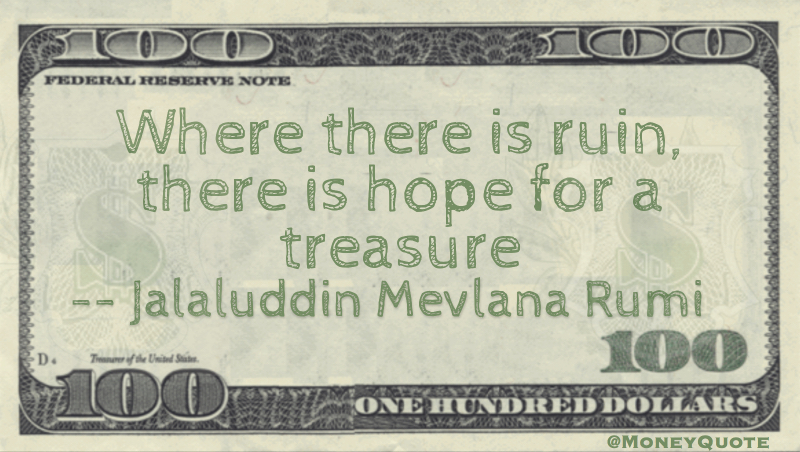 “Where there is ruin, there is hope for a treasure” — Jalaluddin Mevlana Rumi

Share the Rumi Money quote image above on your site: 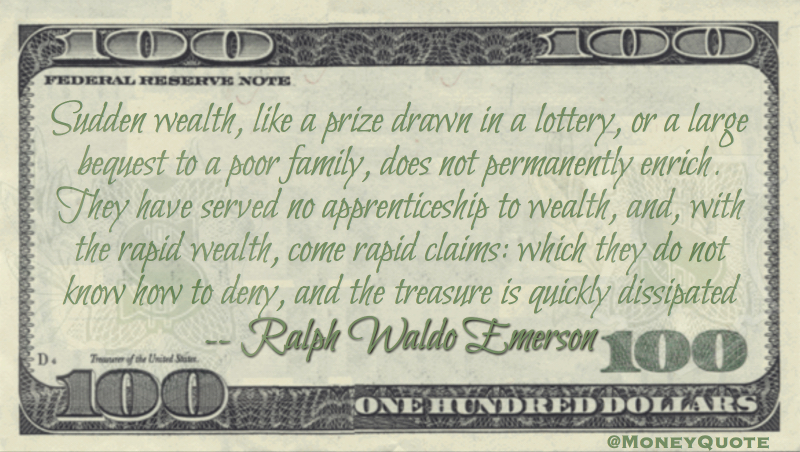 “Sudden wealth, like a prize drawn in a lottery, or a large bequest to a poor family, does not permanently enrich. They have served no apprenticeship to wealth, and, with the rapid wealth, come rapid claims: which they do not know how to deny, and the treasure is quickly dissipated” — Ralph Waldo Emerson

Christopher Columbus: Gold is a Treasure 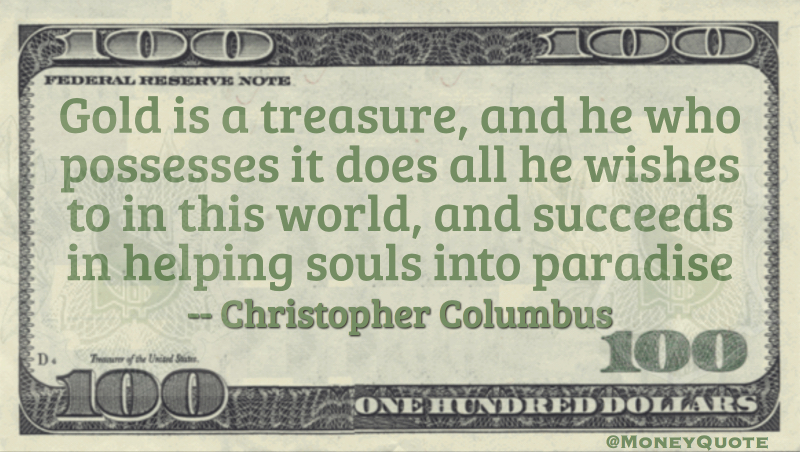 “Gold is a treasure, and he who possesses it does all he wishes to in this world, and succeeds in helping souls into paradise” — Christopher Columbus

Share the Christopher Columbus Money quote image above on your blog:

Thou fool, this night thy soul shall be required of thee: then whose shall those things be, which thou hast provided? So is he that layeth up treasure for himself, and is not rich toward God
— Luke 12: 20-21

Luke 12:34 Money Quote saying if our focus is placed lovingly on possessions or wealth, the heart will send our love there as well. Luke 12:34 said: 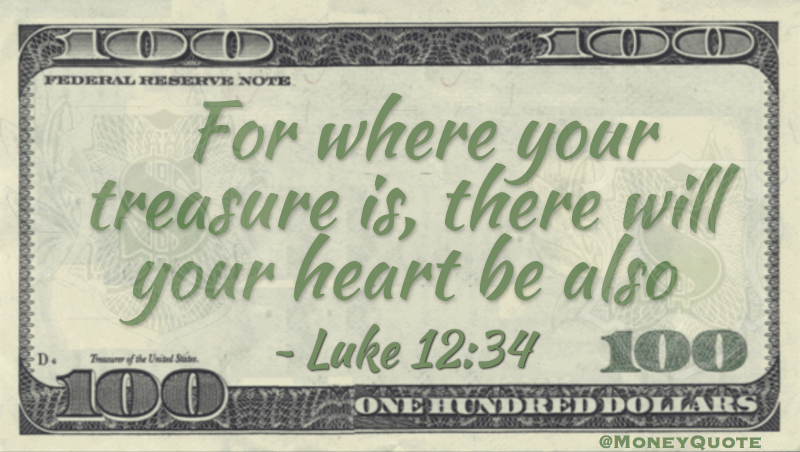 Share the Luke 12:34 Money quote image above on your site:

Matthew – Jesus Said Give All to Poor

Matthew 19:21-22: Money Quote saying Jesus told him to be rich after death, sell everything and give to the poor, then follow him. Matthew said:

Jesus said unto him, If thou wilt be perfect, go and sell that thou hast, and give to the poor, and thou shalt have treasure in heaven: and come and follow me
— Matthew 19:21-22

The mere fleeting glimpses of treasure which they had caught as they went along had rekindled all the fire of their dwarvish hearts; and when the heart of a dwarf, even the most respectable, is wakened by gold and by jewels, he grows suddenly bold, and he may become fierce
— J.R.R. Tolkien