Jack Dorsey Money Quote saying there will only be one type of currency soon, that will be Bitcoin for all transactions online as well as offline. Jack Dorsey said: 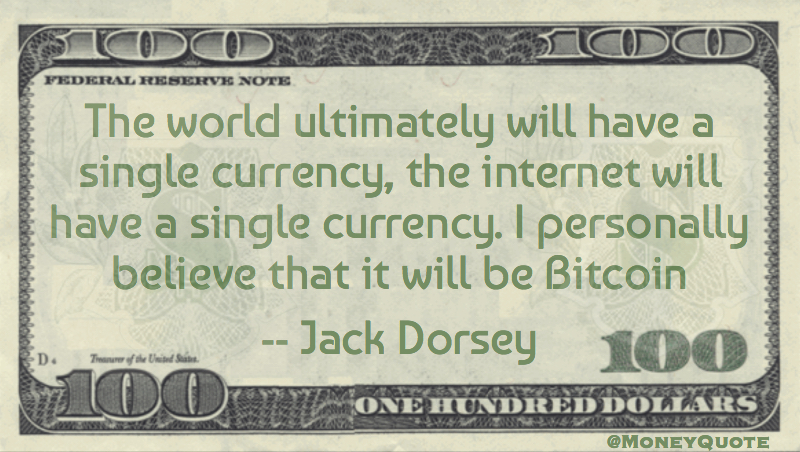 Share the Jack Dorsey Money quote image above on your site: 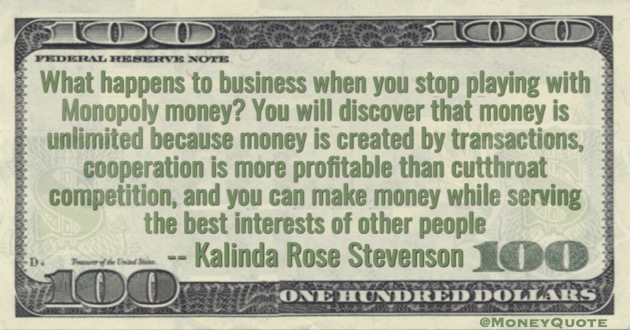 “What happens to business when you stop playing with Monopoly money? You will discover that money is unlimited because money is created by transactions, cooperation is more profitable than cutthroat competition, and you can make money while serving the best interests of other people” — Kalinda Rose Stevenson

Share the Kalinda Rose Stevenson Money quote image above on your site:

You have all the power of a bank branch in the palm of your hand right now. So basic consumer financial transactions can be done quickly, you don’t need to stand in line
— Dan Schulman

“DFS will not tolerate the flagrant disregard of anti-money laundering laws and will take decisive and tough action against any institution that fails to have compliance programs in place to prevent illicit transactions. The compliance failures that DFS found at the New York Branch of Mega Bank are serious, persistent and affected the entire Mega banking enterprise and they indicate a fundamental lack of understanding of the need for a vigorous compliance infrastructure. DFS’s recent examination uncovered that Mega Bank’s compliance program was a hollow shell, and this consent order is necessary to ensure future compliance.” — New York Department of Financial Services Superintendent Maria T. Vullo

Irving Fisher Money Quotation tells us that the money in circulation is controlled by banks that don’t actually have possession of that money.

Thus, our national circulating medium is now at the mercy of loan transactions of banks, which lend, not money, but promises to supply money they do not possess