Robin Leach Money Quote saying it is those surrounded with money in the finance businesses that end up with more wealth. Robin Leach said: 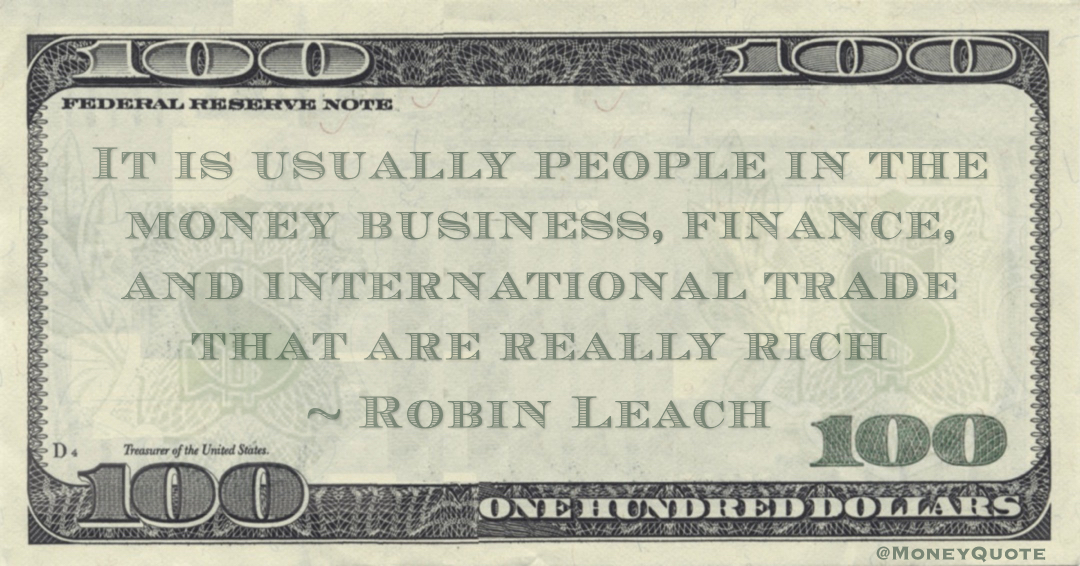 “It is usually people in the money business, finance, and international trade that are really rich” — Robin Leach

Share the Robin Leach Money quote image above on your site: 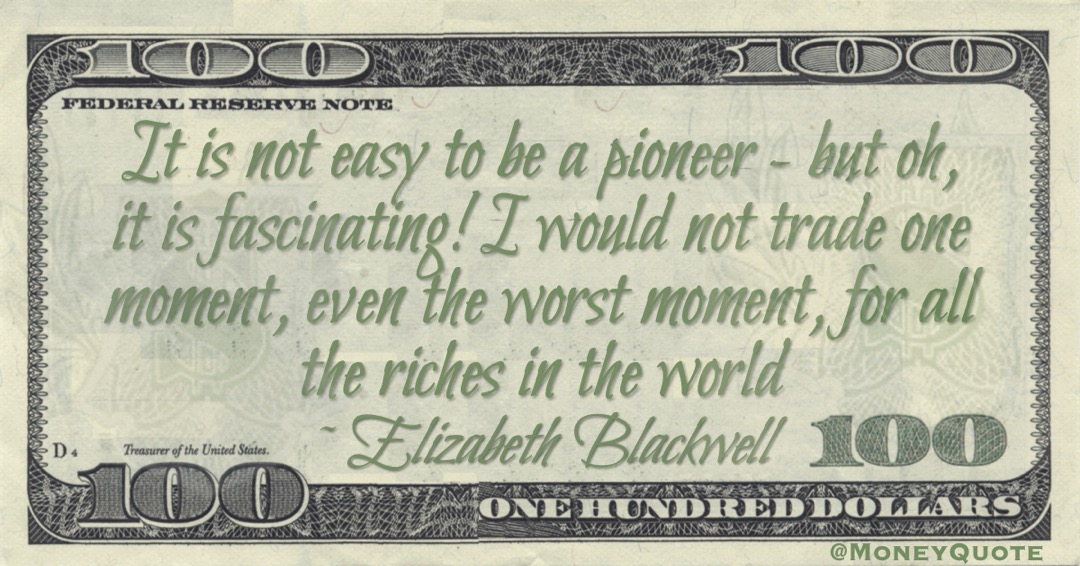 “It is not easy to be a pioneer — but oh, it is fascinating! I would not trade one moment, even the worst moment, for all the riches in the world” — Elizabeth Blackwell

Share the Elizabeth Blackwell Money quote image above on your site: 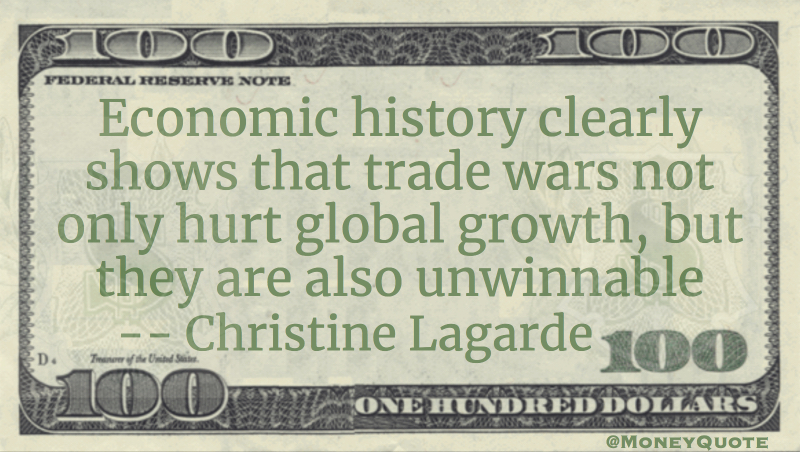 “Economic history clearly shows that trade wars not only hurt global growth, but they are also unwinnable” — Christine Lagarde 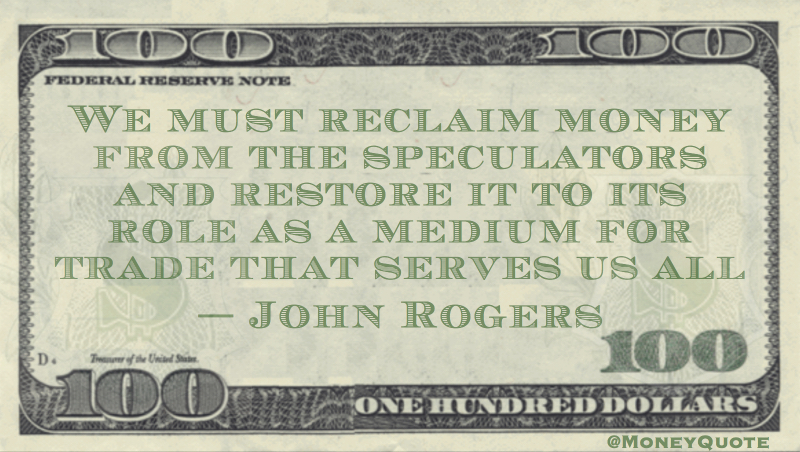 Share the John Rogers Money quote image above on your site:

Warren Buffett Money Quote saying having sold, there is no looking back and no regrets on trades already made. Warren Buffett said:

When forced to choose, I will not trade even a night’s sleep for the chance of extra profits
— Warren Buffett

Wages trade money for a part of a person’s lifetime. The price tag is just a measure of the portion
— Rolf Nelson

Ayn Rand Money Quotation saying symbolism and trust must be placed in a standard agreed upon by the parties involved in transactions based on expectations of equity. Ayn Rand said: