Tom Davis: Ante To Get In Door

It’s kind of an ante to get in the door with somebody. It’s not necessary, but it certainly helps if you’ve given money to the person you’re calling and trying to get an appointment with to talk about a piece of legislation
— Tom Davis

Tom Davis: See Who Owns You 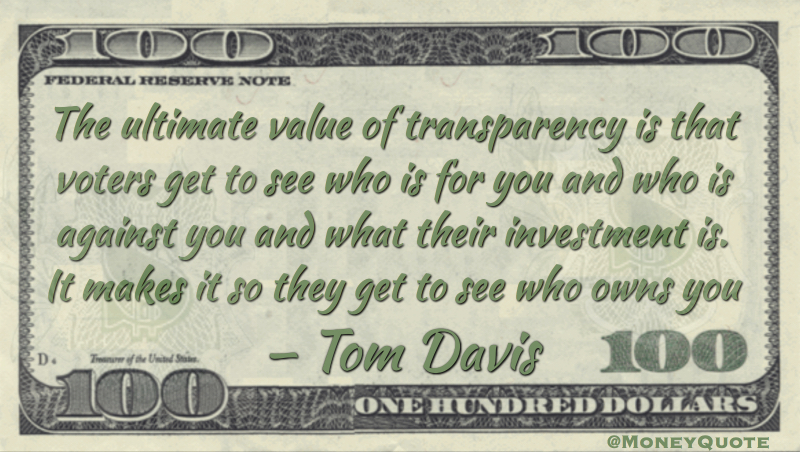 Share the Tom Davis Money quote image above on your site: