George Orwell: Not Victims But Accomplices 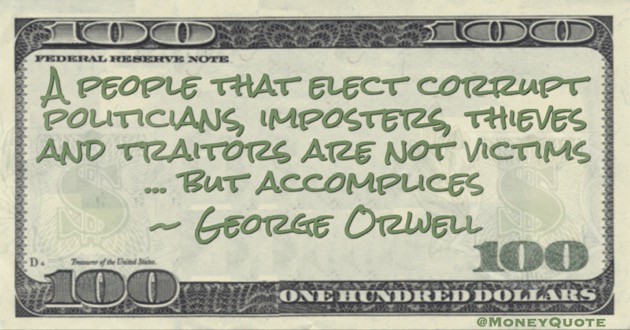 “A people that elect corrupt politicians, imposters, thieves and traitors are not victims … but accomplices” — George Orwell