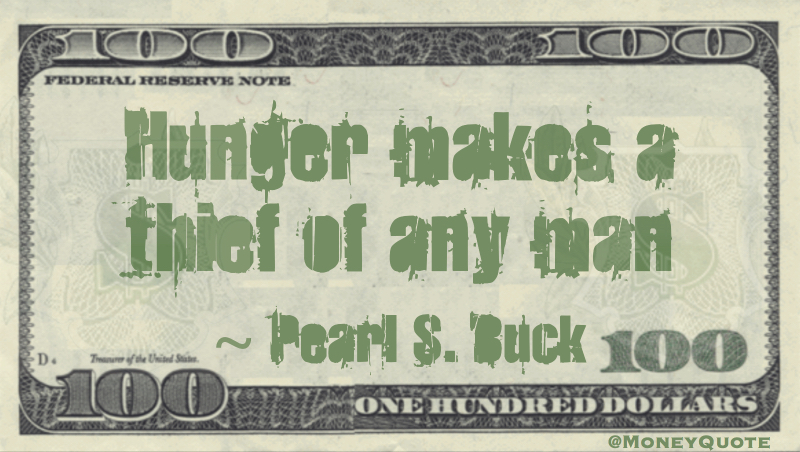 “Hunger makes a thief of any man” — Pearl S. Buck

Share the Pearl S. Buck Money quote image above on your site:

William Blake: Distress of a Thief 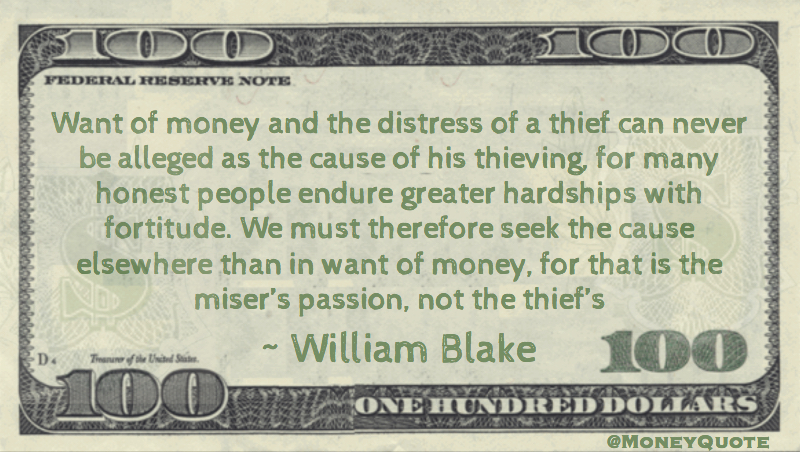 “Want of money and the distress of a thief can never be alleged as the cause of his thieving, for many honest people endure greater hardships with fortitude. We must therefore seek the cause elsewhere than in want of money, for that is the miser’s passion, not the thief’s” — William Blake

Share the William Blake Money quote image above on your site:

Funny Money Quotes: Sometimes bad guys who steal want to be more unobtrusive and careful with their spending than family who spend freely expecting you won’t notice. Henny Youngman said:

Someone stole all my credit cards, but I won’t be reporting it. The thief spends less than my wife did