Funny Money Quotes: those who are happier should probably be taxed at a higher rate – like single rich men Oscar Wilde said: 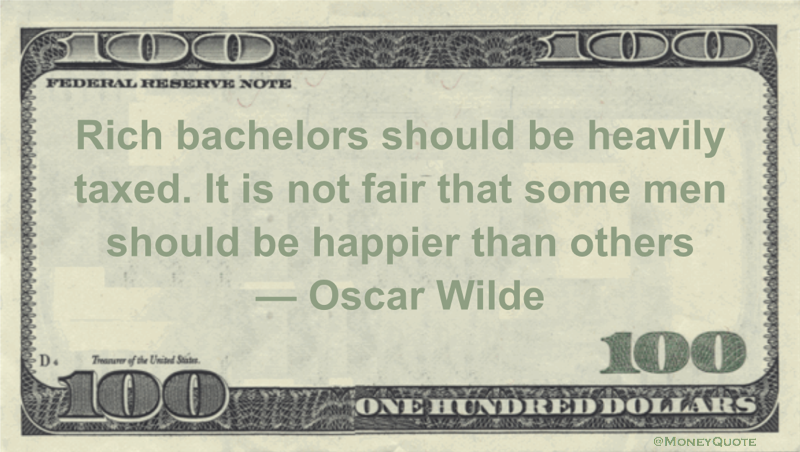 “Rich bachelors should be heavily taxed. It is not fair that some men should be happier than others” — Oscar Wilde

Chester A. Arthur on Measure of Tax Evil

The extravagant expenditure of public money is an evil not to be measured by the value of that money to the people who are taxed for it — Chester A. Arthur