Their lobby helped create this law that allows them to escape taxes, pushing the burden of taxation on ordinary Americans
— Joseph Stiglitz

Taxation: how the sheep are shorn
— Edward Abbey

Hugo Black Money Quote saying we are expected to admit those taxes we owe when filing. Hugo Black said: 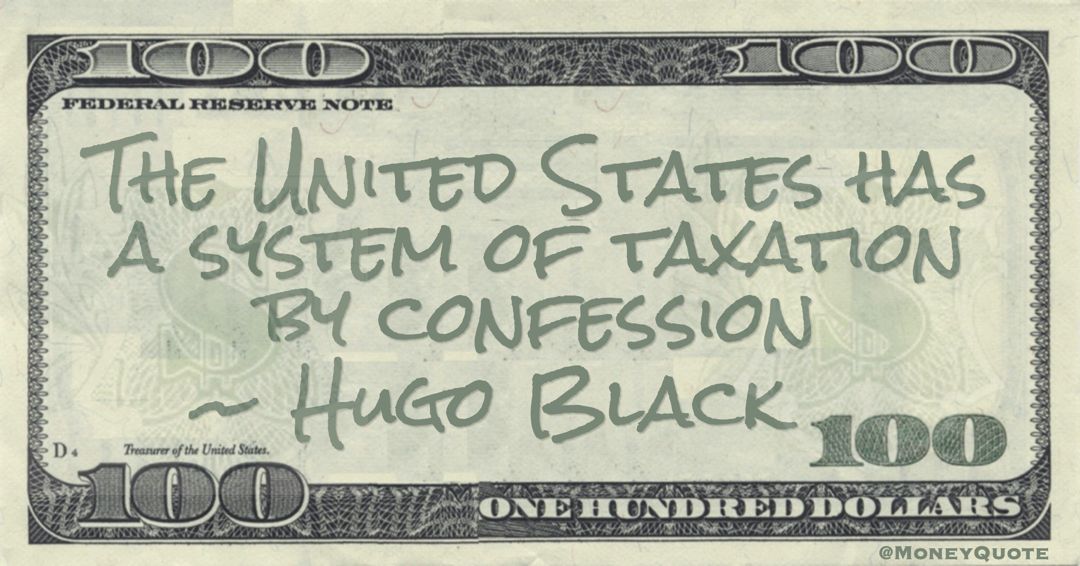 Share the Hugo Black Money quote image above on your site: 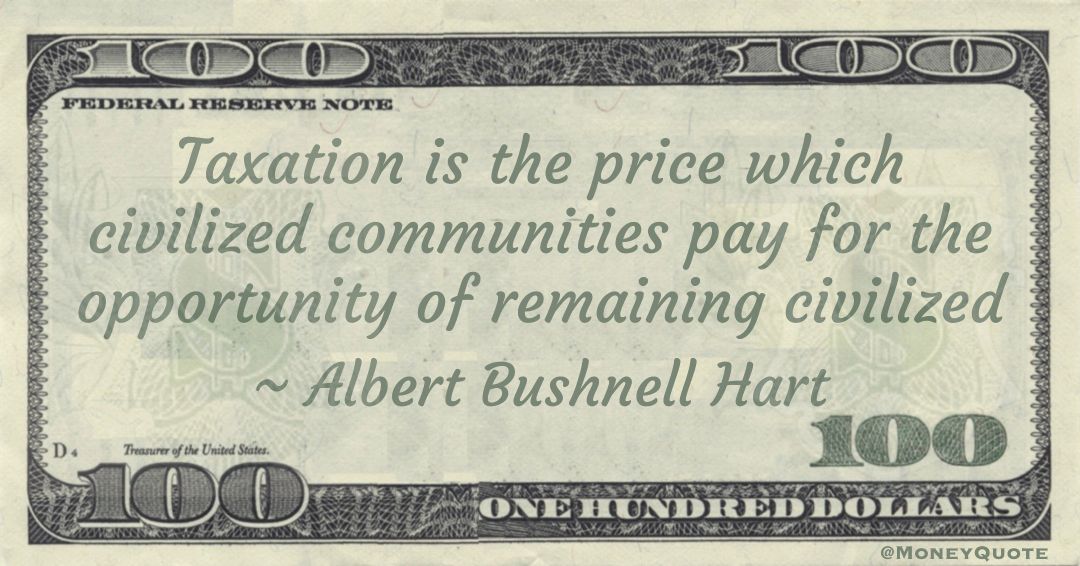 Share the Albert Bushnell Hart Money quote image above on your site:

Terry Pratchett on Menace of Taxes

Terry Pratchett Money Quotation saying taxes threaten us with ominous penalties when we fail to pay outside the rules which allow avoidance. Terry Pratchett said:

Taxation is just a sophisticated way of demanding money with menaces 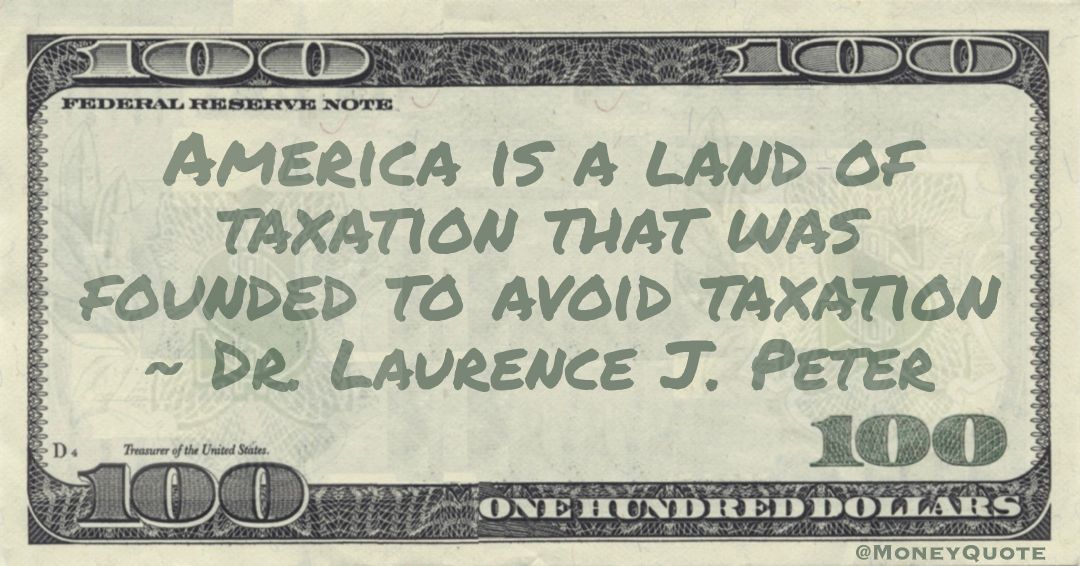 “America is a land of taxation that was founded to avoid taxation” — Dr. Laurence J. Peter

Share the Dr. Laurence J. Peter Money quote image above on your site: