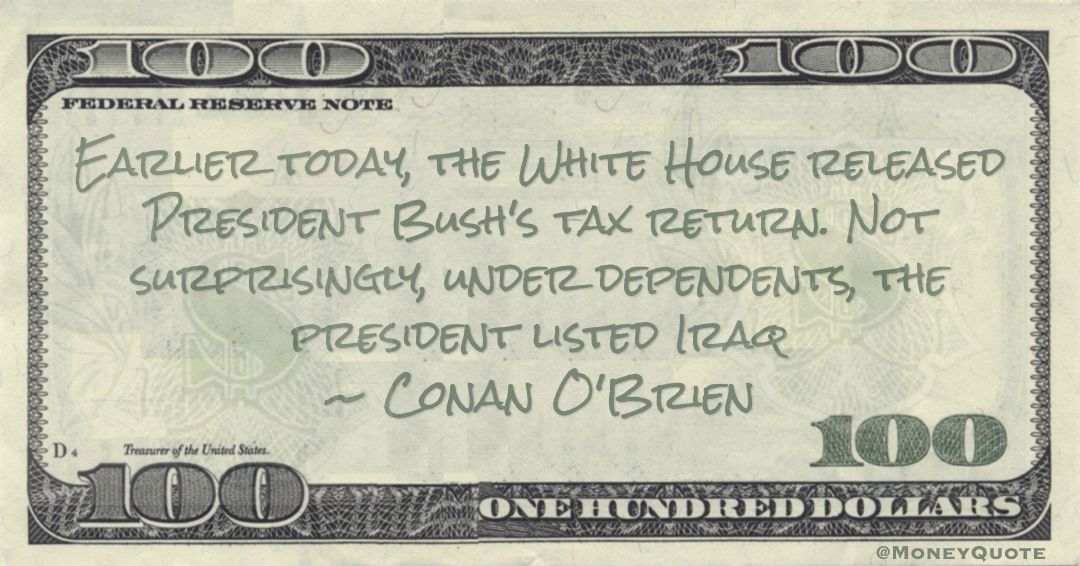 Share the Conan O’Brien Money quote image above on your site: 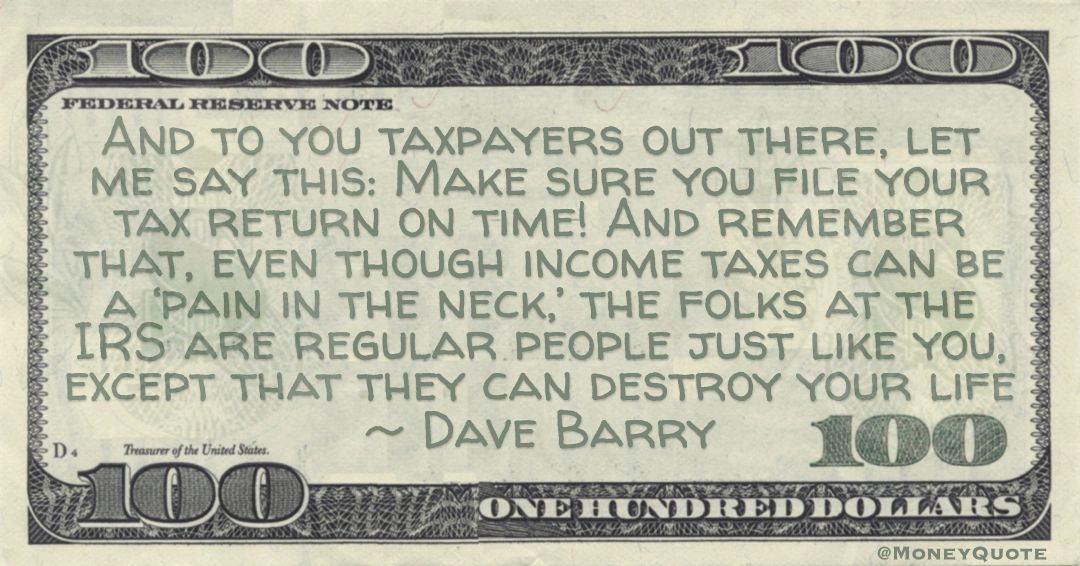 “And to you taxpayers out there, let me say this: Make sure you file your tax return on time! And remember that, even though income taxes can be a ‘pain in the neck,’ the folks at the IRS are regular people just like you, except that they can destroy your life” — Dave Barry